79,000 people in 17 countries join the Let’s Move For a Better World campaign 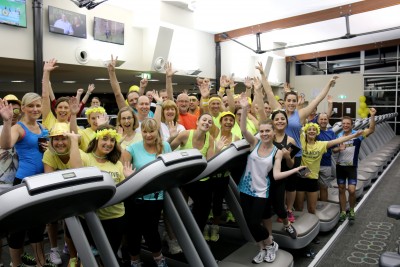 Over 79,000 people in 356 fitness clubs across 17 countries participated in the 2015 Let’s Move For a Better World, collecting more than 300 million Technogym ‘MOVEs’ to fight sedentary lifestyles and childhood obesity.

Aquafit in Western Sydney was Australia’s most successful participant in the campaign, collecting more than 300 million MOVEs (Technogym’s unit of measure for movement).

Other significant participants were WaterMarc Banyule in Victoria and Evoke Fitness in Mackay. As a result of their efforts, three schools selected by the winning facilities will benefit from a total $70,000 in equipment and educational content.

Within Australia, 16 facilities took part, gathering almost nine million MOVEs between them. This made Australia the 10th most active country right after Switzerland and before Norway.

Commenting on Aquafit’s participation, Aquafit General Manager Kristen Green stated “we are proud of this outstanding achievement and we want to thank our members and Campbelltown’s local community; thanks to whom hundreds of students at Ambarvale High School will benefit and be able to embrace a more active lifestyle.”

Ambarvale High will be the lucky recipient of Technogym equipment, along with educational seminars and training sessions to the value of $50,000. 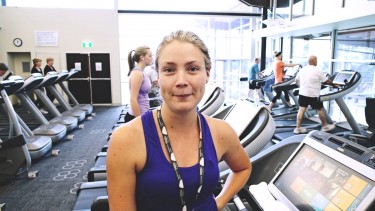 Another two not for profit institutions in the country will benefit from $10,000 each in equipment and education, thanks to the effort of second and third placed challengers, WaterMarc Banyule (with 1.6 million MOVEs) and Evoke Fitness Mackay (with 1 million MOVEs).

Commenting on the success of the program, Technogym Marketing & Communications Manager Giulio Gasperini stated “wellness is the ethos that drives Technogym forward.

“We believe that physical exercise is a powerful form of medicine that in turn leads to a happier and more balanced life.

“We are committed to working with our partners and customers in advancing the agenda for wellness and the ‘Let’s Move for a Better World campaign’ – powered by the Challenge app on Technogym’s mywellness cloud - was the perfect opportunity to encourage better lifestyles at a grassroots level.”