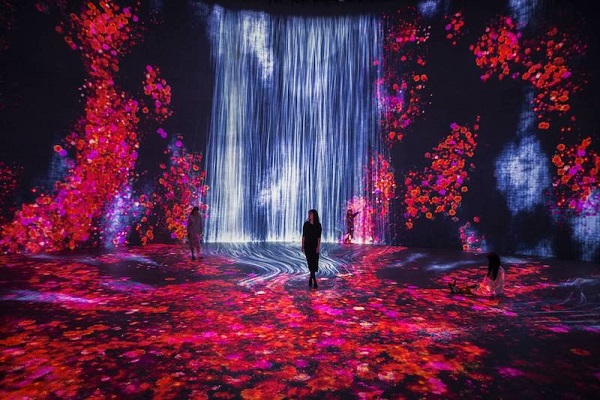 Tank Shanghai, the private museum project of collector Qiao Zhibing, has opened on the city’s West Bund waterfront with a trio of exhibitions.

The Beijing-based design firm Open Architecture converted five former oil tanks into the rotundas of the museum, which debuted with three exhibitions by artist Adrián Villar Rojas; the Japanese collective teamLab; and a group of contemporary Chinese artists, including Zeng Fanzhi, Yang Fudong, and Ding Yi.

The giant interactive digital waterfall installation by teamLab is at Tank from 23rd March to 24th August with opening an opening program reflecting what Qiao explains is a long-term vision that is “both Chinese and international, and contemporary”.

TeamLab’s enormous waterfall cascades down the interior of the Tank, with water represented by a continuum of numerous water particles. 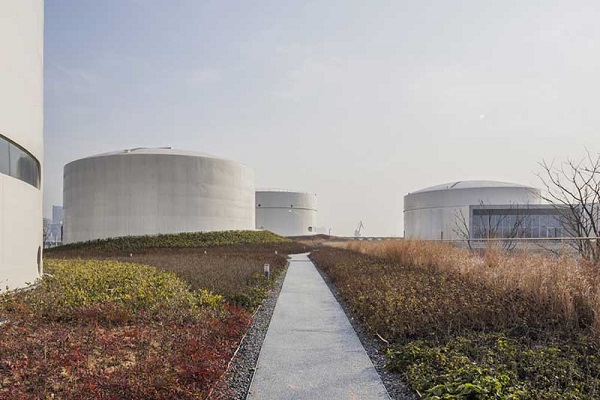 The interaction between the particles is calculated and then lines are drawn in relation to the behaviour of the water particles.

When people stand on or touch the waterfall, they obstruct the flow of water, causing it to change. The water also causes the flowers of Flowers and People, Cannot be Controlled but Live Together artwork to scatter.

Qiao told the Art Newspaper “the space’s possibilities are the museum’s specialty.

“Artists like the space and want to work with it.”

With galleries and museums evolving as they look to keep pace with visitor expectations and rapidly developing technology, Tank Shanghai is being seen as a leader in artainment - the fusing of art and technology.

Tickets for the teamLab installation cost US$18.