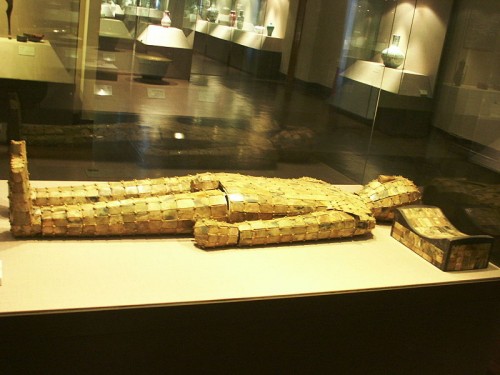 The National Museum of China, located to the east of Tian'anmen Square in central Beijing, officially opened to the public on Thursday (1st March) after a one-year trial period.

Speaking at the Museum's opening ceremony Minister of Culture Cai Wu stated "as China's flagship public museum, the National Museum should boost the promotion of Chinese culture and further exchanges between China and the world."

Minister Cai hoped that the Museum would be recognised as a "world-class museum" that matches the country's status as a global power.

Minister Cai added "the imposing structure, well-equipped, and with a wonderful collection, well-trained staff, and superb services, has become a calling card for a nation with a 5,000 year civilization. It is a monument to China's cultural prosperity and a symbol of national pride."

More than 4.1 million people visited the Museum during its trial operation, which took place after the completion of nearly four years of renovation.

The Museum was expanded to nearly 192,000 metres2 during the renovation, making it the largest museum in the world, and houses more than 1.2 million cultural relics.

For more information go to http://en.chnmuseum.cn/