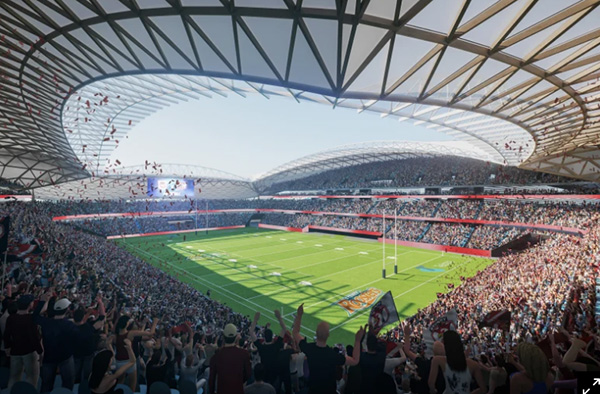 Announcing its new contract with builder John Holland, the NSW government has revealed the cost of its controversial Sydney Football Stadium rebuild project will exceed budget by $99 million.

This takes the total estimated cost for the new Sydney Football Stadium to $828 million which includes demolition, contingency and other associated project costs.

NSW Premier Gladys Berejiklian believes the government made the right decision in re-tendering the construction stage of the project despite the $99 million.cost blowout, and that the stadium would be complete in time for the 2022 NRL Grand Final.

Premier Berejiklian advised the government’s decision to re-tender the construction stage of the project was the right one adding “by going back to the market, we have delivered on our promise to achieve better value for the people of NSW.”

“We have also ensured that the new stadium will be the highest quality, strengthening our ability to attract the very best sporting and entertainment events.”

The project had been thrown into chaos in July when the NSW government severed ties with contracted builder Lendlease, saying it had not been able to meet the requirements to build the new stadium under the $729 million allocated budget by 2022. 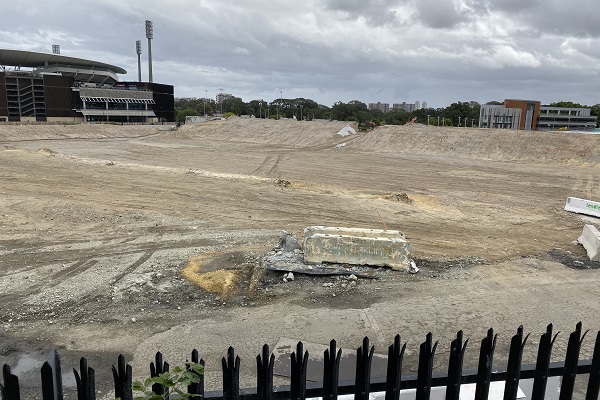 In July, then NSW Sports Minister John Sidoti (who stepped down from his role in September) noted he was "very confident" the project would be delivered on budget and on time despite retendering for the contract.

The stadium rebuild was a major issue in the March state election, with Labor and the Greens opposing the demolition.

Labor campaigned on a platform of "schools and hospitals before stadiums", with then leader Michael Daley claiming he would force the Sydney Cricket Ground Trust, which manages the stadium, to take out a $644 million loan to proceed with the rebuild.

The Chinese-owned John Holland Group has operations across Australia, south east Asia and New Zealand. It constructed the Great Southern Stand at the Melbourne Cricket Ground in the early 1990s.

NSW Minister for Planning Rob Stokes confirmed the project had received planning approvals and acting NSW Sport Minister Geoff Lee advised the government will work closely with the NRL and other sporting partners to finalise a schedule of fixtures for the new stadium in the second half of 2022.

Minister Stokes noted “we are getting on with the job of delivering the best sporting and cultural facilities so that we can create the jobs and investment our State needs.”

Minister Lee added "we’ve seen the benefits contemporary stadiums bring, with the opening of Bankwest Stadium in Parramatta, and we are confident our investment in the Sydney Football Stadium will deliver the same long-term benefits to NSW.”

Images: An artist impression of the new Sydney Footbll Stadium (top, courtesy of the SCG Trust) and the site of the former, and now demolished, Allianz Stadium as it is now (below)