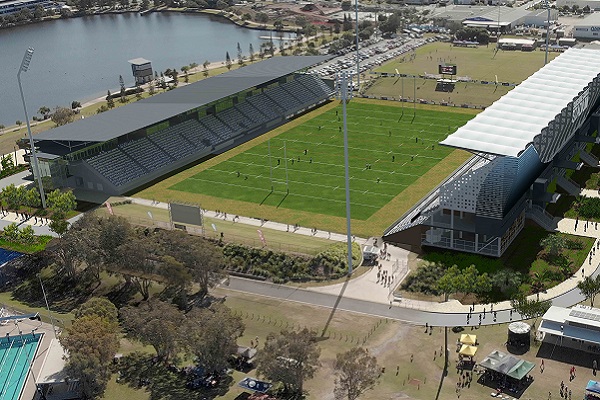 The $68 million Stage 1 expansion of the Sunshine Coast Stadium has secured bipartisan support from the Queensland Government and the State Opposition in committing $20 million towards the project - however a $20 million dollar commitment is still required from the Federal Government to enable the Stadium expansion to proceed.

The Stage 1 expansion of the Sunshine Coast Stadium is the first phase of a longer term stadium development, which would ultimately see a venue of between 20,000 and 25,000 seats delivered in time for the 2032 Olympic and Paralympic Games, should Queensland be successful in securing those events.

Sunshine Coast Council Mayor Mark Jamieson advises “with the commitment announced by Premier Annastacia Palaszczuk on 16th October and the commitment by the Deputy Leader of the Opposition Tim Mander a few weeks ago, the Sunshine Coast community can be confident that State Government funding will be made available for this important project - regardless of which party forms government after 31st October.

“Our council has already committed $17 million towards this project, with local philanthropists having also agreed to commit $11 million.

“The only thing missing now is a $20 million commitment from the Federal Government which would enable our Stadium expansion to proceed.

“Clearly both the Queensland Government and the Queensland Opposition recognise the significant value that an expanded Sunshine Coast Stadium can provide to our community and our region’s economy.

“Making this project happen will provide a further stimulus for the construction industry as part of the economic recovery process and a significant platform for growing new tourism opportunities and expanding our major events calendar.

Mayor Jamieson adds “with the planning for the Stadium expansion underway so we can be in a position to start construction in 2021, we now just need the surety around the final piece in the puzzle – which is $20 million from the Federal Government.

“It’s a bit like having just won the semi-final with just have one more match to win the series.

“I have spoken with the Member for Fisher Andrew Wallace and I am aware that he has been advocating to federal Ministers to support this project.

“With the funding from the State now essentially locked in, this should provide greater impetus and assurance to the Federal Government that our Stadium expansion can - and should - proceed.

“Our council stands ready to assist Mr Wallace in persuading the Federal Government to see their way clear to committing the $20 million dollars needed for this project.

“We have already shown in spades, what our Sunshine Coast Stadium can offer by hosting NRL competition matches, two Elton John concerts and providing the home base this season for the Melbourne Storm – but we can lock in so much more if we had an expanded, contemporary venue.

“With the Stage 1 expansion, we can increase the fixed seating capacity to 11,618 seats and thus accommodate around 16,618 patrons at the venue under normal operating conditions.”