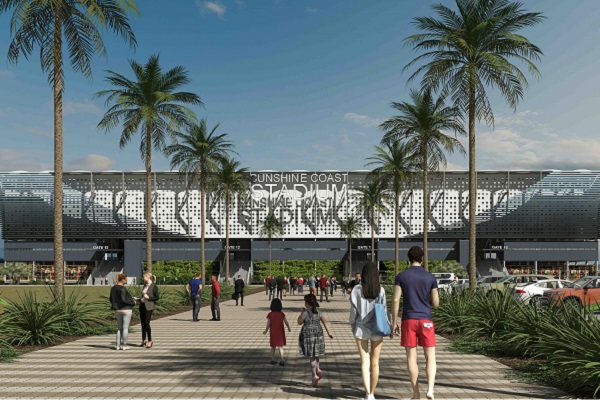 Sunshine Coast Council has advised of its approval of a concept design for an initial $68 million expansion to the Sunshine Coast Stadium, which would increase fixed seating capacity from 1,046 to 11,618 seats.

Planned to better cater for the growing number of events now being hosted at the venue, the initial expansion will look to increase the overall venue capacity from 12,000 to 16,618 in stage one, with a new eastern grandstand (8,085 seats) and an expanded western grandstand (increased to 3,533 seats).

Mounds at the southern and northern ends of the stadium will remain to accommodate around 5,000 spectators.

Sunshine Coast Council has also agreed to commit $17 million towards the project, subject to matching funding being secured from each of the Federal and Queensland Governments and other sources.

Advising that the Council will now seek support from those parties to make up the balance of the funding required, Sunshine Coast Mayor Mark Jamieson stated "this design provides 10,572 extra seats initially, at a cost of approximately $6,400 per seat which compares favourably with other recent and upcoming stadium developments in Australia and overseas which exceed the $10,000 per seat cost

“If all funding can be secured, works on the expansion will start in October 2021 with construction expected to take 15 months.

“Key drivers of the project design have been to create a fan-friendly experience, improved operational efficiency, the ability to meet the requirements of key sporting codes from NRL, A-League, Rugby Union as well as those of other live entertainment events such as music concerts.

“Importantly however, is the focus on delivering a venue concept that responds to the needs that will be generated by our community as it continues to grow.” 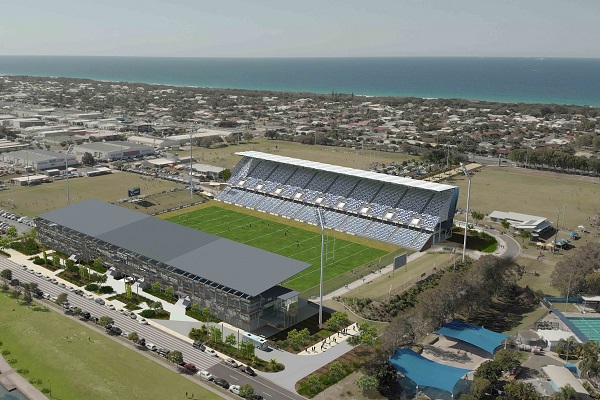 In addition to extra seating, the following improvements will be incorporated:

The architectural team engaged by council also developed a final desired state for the stadium including development of north and south grandstands at a future date.  This will allow seating capacity to grow to about 23,400 over time. Costing for further stages have not yet been finalised.

Mayor Jamieson said the Sunshine Coast was evolving as one of Australia’s leading city regions and while the region is attracting and staging national sport and entertainment events, a stadium with the appropriate capacity and functionality to support these types of events is a ‘missing piece’ of the core economic and community infrastructure for a region of its size and projected growth. 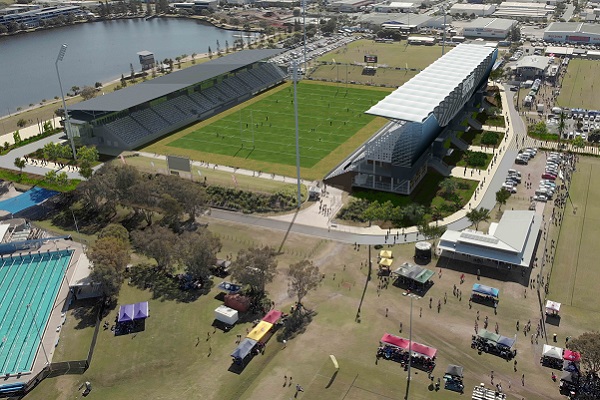 He added "an enhanced stadium is widely regarded as a key element of the public infrastructure mix of contemporary, urban cities and city regions.

“It provides a place of celebration and activation, as well as offering a drawcard and capability to stage major events and national level competitions which deliver significant economic and social value to the community.

Council, with support from Tourism Events Queensland, has a three-year contract with the South Sydney Rabbitohs to host one regular season game in each of 2019, 2020 and 2021.

Council again partnered with the State Government to secure the Women’s NRL State of Origin Fixture at Sunshine Coast Stadium in June 2020.

In addition, the Council secured other large events for the Stadium, such as one Cronulla Sharks fixture for each of the 2020 and 2021 seasons, and two Elton John concerts scheduled for March 2020.

Mayor Jamieson went on to say “Council wants to ensure our region realises its full potential as a major events destination and to meet our vision for the Sunshine Coast to be Australia’s most sustainable region – healthy, smart, creative.

“Having in place the appropriate facilities to enable this to occur is a critical element.”

“We are always supportive of investment in rugby league venues, especially where they will deliver an enhanced experience for our fans and better facilities for our athletes.

“We look forward to working closely with the council in an effort to bring this exciting vision to life.”