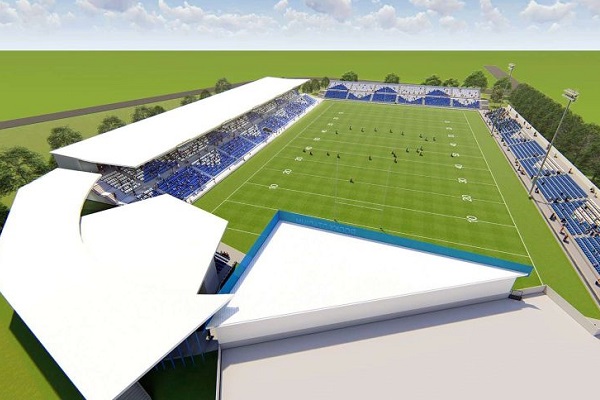 The Federal Government has announced that it will provide $23 million toward the building of a new 8,500-seat rectangular sports stadium along with a 650-person undercover convention centre in Rockhampton.

Announced on Monday, the new venue will be able to accommodate temporary seating to increase its capacity for up to 16,000 for larger events.

While Rockhampton’s Browne Park was expected by many to be the site of a new stadium, instead it will be built 1 kilometre away at Victoria Park, adjacent to the Rocky Sports Club.

While the site near Rockhampton's Fitzroy River has been identified as the best of 10 potential locations following a feasibility study - ahead of Central Queensland University and Browne Park stadium - it has been criticised for being located in a known flood zone.

The nearby Browne Park has long been the home of rugby league in Rockhampton, and while there has been plans to redevelopment it into a 10,000-seat stadium, some had raised concerns about its location, being in a residential area.

The Victoria Park site is larger, a 12-minute walk from the Rockhampton CBD, has 715 car parks nearby and 15 hotels and accommodation complexes nearby.

"I believe (it will) increase flooding into Wandal and the CBD because of the amount of runoff that comes from The Range." 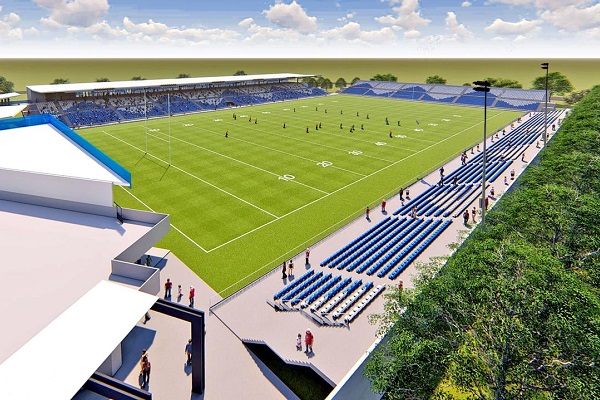 Rockhampton Region Deputy Mayor, Neil Fisher said the site offered the best economic opportunities for the city, given its position at the end of the Fitzroy Riverside Precinct, advising “what this study did come out and really identify is that a stadium within the CBD precinct, or close to the CBD, would have the greatest economic flow-on benefit to the community.”

Referring to Townsville’s 1300 Smiles Stadium, he added “the last thing you want to do is make the Townsville mistake and build a stadium so far out of town that nobody would actually do anything following an event."

With the Queensland Government having committed to delivering a feasibility study and funding to upgrade Browne Park, Deputy Mayor Fisher said the announcement did not necessarily prevent the Browne Park upgrade from going ahead.

Funding announcement
The announcement of the commitment of funding was made by Federal MP for Capricornia Michelle Landry.

Bizarrely, in a seeming continuation of the politicisation of sports grants, the public announcement of the funding was made by One Nation leader Pauline Hanson - who is neither a representative of government or a local member - at the Rocky Sports Club on Monday.

Hanson claimed she had been responsible for securing the funding, appearing with a novelty cheque emblazoned with her portrait and the wording ‘Australian Federal Parliament’.

Design
The stadium design is similar to that of Redcliffe’s Dolphin Stadium, with the same builder engaged for the project, and ensures all fans are close to the action with uninterrupted views from every seat.

The main undercover grandstand features a light-filled concourse at the rear able to accommodate functions and conventions, while the existing sports club will be located at one end of the field.

The project is now subject to Queensland Government and Council approvals.