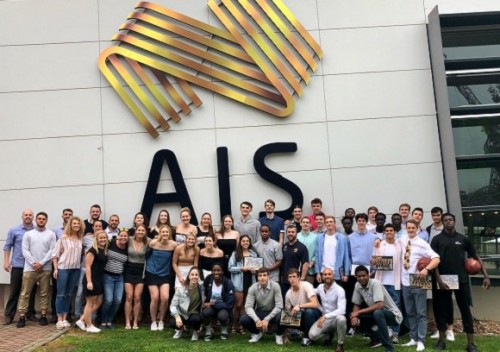 Sport Australia is looking to sell off part of the Australian Institute of Sport’s Canberra campus and turn the facility into a centre of excellence for Paralympic and women's sports, as well as a sports technology hub.

Parts of the precinct in the Canberra suburb of Bruce have been included Infrastructure Australia’s priority list of projects listed in its mid-year report, released on Wednesday.

With the AIS campus currently costing up to $20 million a year to maintain and a dwindling number of sports making use of its facilities,

Sport Australia Chair John Wylie told the ABC that $375 million has been spent on revitalising the precinct over the past two years.

He advised “the announcement is a very important step forward for the proposed redevelopment of the AIS as a nationally significant infrastructure project for the country.

"We want to renew the AIS campus as a world's best high-performance sports centre.

Once a global benchmark in high-performance facilities and with much of Australia's success at the Olympic Games over the past 30 years being attributed to the AIS, the AIS Campus is currently the base for seven sports and around 150 athletes.

Rejecting criticism that it has been allowed to decline, Wylie stated “we have not let the AIS become run-down.

"It's simply the case that other countries have invested and have developed wonderful new facilities."

"It would be a complete mischaracterisation to say this centre is run-down.

"We want to invest to renew, revitalise to reimagine this site to take it to the next level because Australian sport needs it, deserves it and merits it."

With the Federal Government looking at new models to fund elite sport and develop high-performance athletes, Sport Australian plans for the AIS to be self-financing within 20 years.

Wylie added “the $375 million up front cost will be more than offset by the sale of some surplus land that will not be needed because we'll be building the new high-performance centre on a smaller footprint.”

Australian Olympic Committee President John Coates, who has been involved in several high profile disputes with Wylie over recent years is cautious about the plans.

Also speaking to the ABC, Coates stated “we welcome, obviously, greater support for Paralympic and women's sport but it's important not to regard the AIS as 'just a business case'.

"My worry is when we talk about business models, it looks like a model for how many bed nights you can sell and that sort of thing, when I know at the moment there are high performance Olympic sports based in Canberra that find the Institute's bed nights too expensive and they are staying elsewhere - rowing and volleyball amongst them.

"I think the AIS should once again be the leader of Australian sport when it comes to technical expertise, research development, sports medicine, and sports science as well as always making its facilities available for community sport.

"We would hope that there'd be continual jobs there and a restoration of this as a place of employment and a place for athletes to stay and train - not to be viewed as a hotel and how many bed nights we can sell."