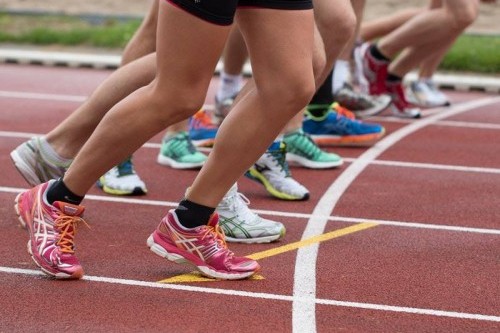 The Senate inquiry into the Community Sport Infrastructure Grant Program has learned that the final list of projects to be given grants from former Federal Sports Minister Bridget McKenzie was delivered 17 minutes after the Federal Government entered the caretaker period and one day after it was sent to the office of Prime Minister Scott Morrison.

Sport Australia officials revealed at a Senate inquiry hearing on Thursday that Senator McKenzie chose not to fund 164 projects the agency had recommended on 3rd April 2019, sending a final list at 8.46am on 11th April, 17 minutes after the Governor-General prorogued Parliament before the 2019 election.

The Australian National Audit Office (ANAO) has told the Senate inquiry, in answers to questions on notice, that Senator McKenzie wrote to Prime Minister Morrison on 10th April attaching spreadsheets of projects she intended to fund, summarised by state, political party and electorate, then provided the signed approval brief dated 4th April to Sport Australia on 11th April.

The ANAO has suggested that although Prime Minister Morrison’s office made both direct and indirect representations about which project to fund, there was not sufficient correlation with final decisions to conclude that anyone other than Senator McKenzie decided on grants.

Luke McCann, Sport Australia’s Chief Operating Officer, told the Senate hearing he was “not aware” that the final list of projects came through after the Government entered caretaker period.

McCann advised “in our view, as we worked through the iterative process, we decided we needed to be better at providing our advice … to be consistent with better practice.”

Sport Australia Chair, John Wylie, said the agency had demonstrated “due stewardship” of the $100 million program by raising risks with Senator McKenzie’s office, but it was her prerogative to fund different projects as she was the ultimate decision-maker.

McCann cited two instances when Robin O’Neill, Head of Sport Australia’s infrastructure branch, warned Senator McKenzie about the approval process on 5th December 2018 and again on 5th March 2019 when her office asked for blank application forms after the application process had closed.

Wylie revealed that two other programs give the Sport Minister minister a decision-making role, including the Move it Aus - Better Ageing program.

However, the ANAO has found it was “not evident” what Senator McKenzie’s authority was to give grants under the Community Sport Infrastructure Grant Program and constitutional concerns.

Wylie said that - after the ANAO had questioned the legal authority to make grants - Sport Australia obtained legal advice from an eminent QC and was confident its actions were within its power, but did not comment on Senator McKenzie’s legal authority.

It was also revealed that Glenys Beauchamp Outgoing the outgoing Secretary of the Department of Health had destroyed notebooks which included notes taken during a hastily convened sports grant teleconference, called to discuss aspects of Senator McKenzie’s awarding of grants.

Beauchamp, who retires from the department at the close of business on today, told the Senate inquiry that she had destroyed all her personal notebooks while cleaning out her office at the end of January.

Beauchamp had been due to retire at the end of last month, but agree to stay on as department head while her successor, the Chief Medical Officer, Professor Brendan Murphy, dealt with the Coronavirus outbreak.