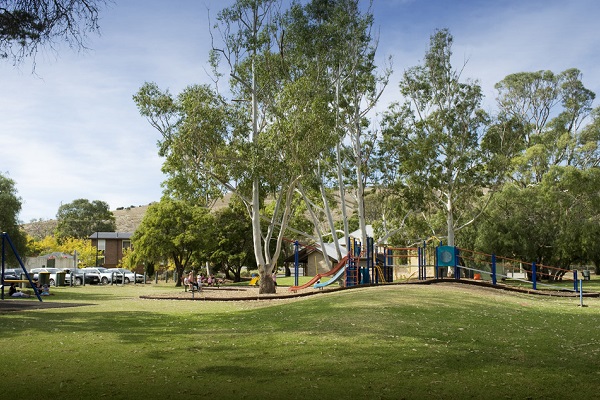 The South Australian Government has announced that it is to invest $13.3 million to help fund 31 projects to help make Adelaide greener, preserve open space and build local community infrastructure.

The South Australian Government will partner with the respective local councils to fund and deliver these 31 projects, to be funded through the Planning and Development Fund.

Announcing the funding, South Australian Premier Steven Marshall announced yesterday "through these grants, we will help make a greener Adelaide through local projects like greenways, shared use paths and redeveloping important pedestrian thoroughfares and public precincts.”

“There is currently a lot of development and private investment across Adelaide which is great news for South Australian jobs, the economy and local communities.

“However, ... it is our responsibility to strike the right balance between development and preserving open space in our city – and that’s just what we’re doing.”

He added "as cities grow, sometimes an unfortunate consequence is that they lose their open and green spaces.

“That’s why (this) Government is taking this opportunity to preserve and enhance open and green spaces right across our city.

“Adelaide’s parks and open spaces are part of what makes it such a liveable city and this government is determined to preserve that for the next generation of South Australians.”

$4.1 million to support the delivery of greenway and linear park projects across Adelaide including:
• $1.7 million to the City of Marion towards the Tonsley Greenway project which will provide a cycling and walking path connection to the Tonsley Innovation District and the Flinders Hub. The greenway will include an off-road shared-use path, landscaping, lighting and park furniture.
• $380,000 to the City of Onkaparinga to complete a section of Coast Park at O’Sullivan Beach, which will provide a continuous link from the southern boundary of Port Stanvac through to Moana.
• $610,000 to the City of Unley to increase the availability and access to public open space through the creation of a critical greenway link, which will support increasing development along Anzac Highway.
• $1.6 million to the City of Salisbury for land purchase and trail development to continue the delivery of their Green Trails Program, which seeks to provide a network of off-road shared use paths linking reserves, business centres and residential areas via the Little Para River and Dry Creek corridors.

$4.8 million to projects which support our changing neighbourhoods in inner metropolitan Adelaide and will help create quality green public spaces including:
• $1.7 million to the City of Holdfast Bay to create a new public plaza on the corner of Chapel Street and Jetty Road and upgrade the adjacent Hindmarsh Lane in Glenelg. The project will incorporate new seating, landscaping, tree plantings and shelter.
• $1.5 million to the City of Onkaparinga for the Morton Road Reserve upgrade to create an attractive park in the heart of Christie Downs. The redevelopment will include a skate park and adventure play space, landscaping, barbeques, trails, landscaping and stormwater management works.
• $858,562 to the City of Prospect for the redevelopment of two reserves (Broadview Sport and Recreation Precinct and Charles Cane Reserve) in the northern suburbs.
• $577,500 to the City of West Torrens for the redevelopment of the playspace at Kings Reserve in the western suburbs.

More than $3.9 million of the total investment is for regional South Australia with grants including:
• $1.9 million for the redevelopment of main street and town centre precincts in Victor Harbor, Clare, Kingston SE and Strathalbyn
• $1.1 million to support the enhancement of reserves in Burra, Port MacDonnell, Freeling, Kapunda and Millicent
• $842,000 to support the development of safe shared use trails and trail precincts in Mount Barker, Port Lincoln and Port Wakefield.

Image: Park at Market Square Old Noarlunga. Courtesy of the City of Onkaparinga.