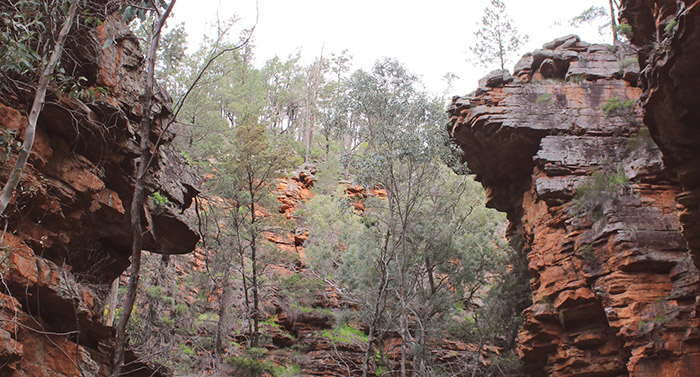 South Australian Environment and Water Minister David Speirs said the additional land - which was purchased by the Department for addition to the parks system - creates a continuous protected area spanning close to 8,000 hectares in the Southern Flinders Ranges.

Minister Spiers advised “this is a significant addition to our parks system as it will enable protection of an extensive area of woodland, mallee and tall shrublands, providing habitat for rare and vulnerable flora and fauna including the Rough Bush-everlasting, Scarlet Robin and Elegant Parrot.

“The addition of this land in such a strategic location will also provide for more effective conservation outcomes, such as increasing the conservation buffer around a population of Yellow-footed Rock-wallabies.

“It will also enable more effective fire mitigation works to be undertaken in an area which has seen devastating bushfires in recent years.

“The proclamation of this area will provide significant management benefits and opportunities for nature-based tourism.

“The excellent condition of this land is testament to the Prest family who owned and managed the property over many years.”

Other recent park additions include: