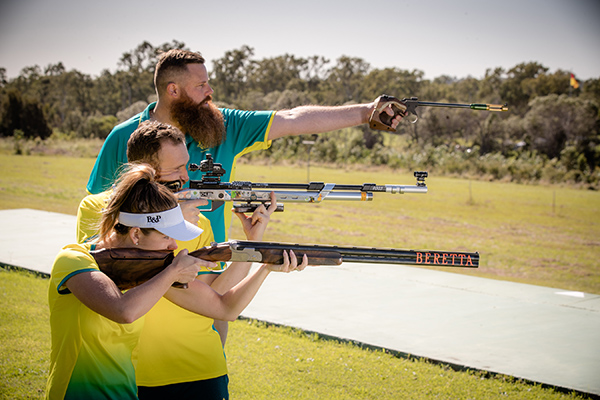 As Shooting Australia looks to expand its revenue streams and broaden brand and marketing activity ahead of the Tokyo Olympic and Paralympic Games next year, they will be appointing a General Manager, Commercial and Marketing.

Shooting Australia Chief Executive, Luke van Kempen, said the new role is an exciting development for the sport as its seeks to capitalise on new initiatives and the impact of the Tokyo Olympic and Paralympic Games.

Van Kempen advised “we have been fortunate to host both the World Shooting Para Sports and Oceania Championship late last year and complete our Tokyo Olympic Games nomination series earlier this year. And we will also host the World Junior Championships in 2024.

“The General Manager, Commercial and Marketing will hold a key senior management position and lead a team of four reports as we strive to be a unifying leader in creating a strong and vibrant target shooting sport community that enables Australian athletes to perform among the best in the world.”

“Shooting has been one of Australia’s most successful sports at major international competitions for many years, and this role represents a great opportunity for an inventive and dynamic individual to help elevate our sports to new heights.”

While Shooting Australia’s headquarters are based in South Australia, van Kempen advised that the position is open to candidates who can perform the role while being based outside South Australia.

The position is advertised at Seek