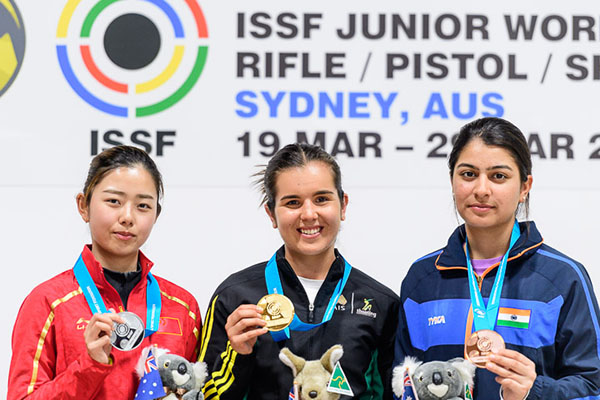 Shooting Australia has announced that the 2024 Junior World Championships for Pistol, Rifle and Shotgun disciplines will be held at the Sydney International Shooting Centre (SISC) at Cecil Park.

The decision was made by the International Shooting Sports Federation (ISSF) Executive Committee following a submission from Shooting Australia.

The date of the 2024 Junior World Championships has yet to be determined by the ISSF but Shooting Australia has proposed the event will be held in September 2024.

“Australia continues to produce high-quality world-class athletes across all disciplines and the 2024 Junior World Championship is a further incentive for our young athletes as they come through the ranks and aspire to reach the top in our sport.

“SISC was purpose built for the Sydney 2000 Olympic and Paralympic Games and it is appropriate the ISSF’s decision has been made as Australia’s celebrates the 20th anniversary of ‘The Best Games Ever’”.

van Kempen added “I would like to pay tribute to the continued support Shooting Australia received from the Australian Olympic Committee, Sport Australia and the New South Wales Office of Sport in submitting the bid.”

The ISSF also decided that the final open tournament of the year in 2021, with the participation of 12 best athletes in each individual Olympic discipline, would be held in the capital of Azerbaijan - Baku in the second half of October 2021.

The 2021 competition schedule is;