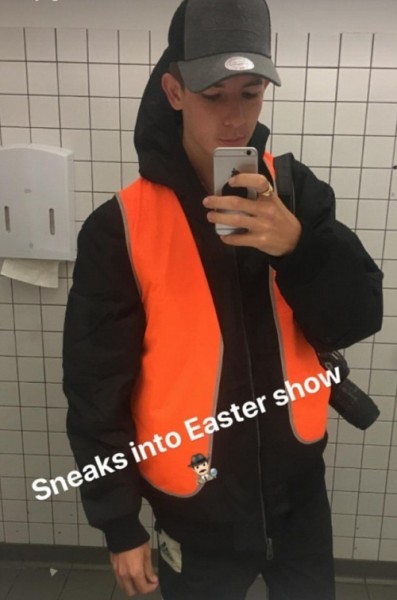 Security on the first day of the annual Show, which opened yesterday, was compromised when Jayden Seyfarth was able to enter the Sydney Olympic Park venue wearing a high visibility vest, supposedly posing as a security guard.

In the heightened security climate surrounding major public events and venues, such a breach at an event generally described as the largest annual event in the southern hemisphere would appear surprising.

With a large multi ethic attendance, it also appears that Show organisers have not adopted the 'no bags policy' introduced at most major venues over recent months.

However. it is understood that security staff at the venue do search the bags of some showgoers.

The Show will this year be celebrating two birthdays - 195 years since it first began in 1823 and 20 years since it moved from its former location in Moore Park to Homebush Bay.

In addition to its traditional agricultural offering, the 12-day Show will have new entertainment and feature attractions this year.

The Easter Show hot air balloon will be the centrepiece of the main arena where trapeze artists will perform daring acts and a never-before-seen manoeuvre on silks suspended from the balloon while being slowly spun by circling horses.