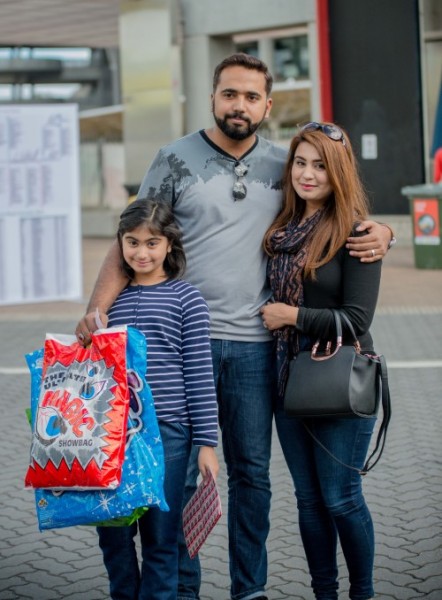 The largest crowds in more than a decade experienced the Sydney Royal Easter Show in 2017, with more than 914,000 people moving through the turnstiles during its two weeks.

The final day of the Show (Wednesday 19th April) saw new Western Sydney residents Sabih Razvi and Mehwish Naqvi, along with their daughter Wafa Naqvi, welcomed by organisers as they came through the main Show entrance and were identified as the 900,000th visitors.

A range of new attractions, including the ‘Little Hands on the Land’ child-sized farm experience, ‘The Beast’ ride in the Carnival and ‘Lasagne on a Stick’ were teamed with traditional favourites such as the Farmyard Nursery, cattle judging, sheep shearing and a diversity of displays across the Show pavilions to further cement the event as one of the nation’s best. The Show is also the largest ticketed event in the Southern Hemisphere.

General Manager Agriculture and Sydney Royal Easter Show, Murray Wilton, said the Show was overjoyed to have entertained a broad section of people from across Sydney and Australia, as well as many overseas visitors, stating “the numbers speak for themselves in terms of the popularity of this event and we are thrilled with this year’s result.

“The origin of the Show lies in agriculture and showcasing the farming sector to the city and the popularity of ‘Little Hands on the Land’, the District Exhibits and the animal judging has shown just how important this is.

“Of course, the Carnival, novelty food and showbags are also part of the modern show experience and, as always, this has proven popular with show-going families.” 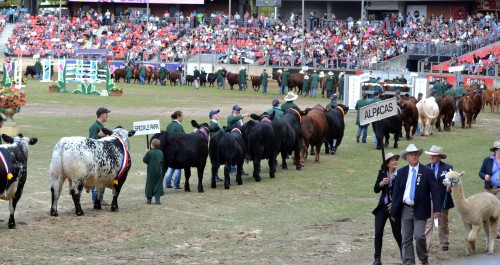 Hosted by the Royal Agricultural Society of NSW (RASNSW), the Show highlights the vital role agriculture plays in the health and wealth of NSW.

Across the 14 days of the Show almost 30,000 junior ‘farmers’ got dirt under their fingernails and mud on their boots in ‘Little Hands on The Land’. This new initiative took young people on a mini journey through Australian agriculture allowing them to pick apples, collect eggs, milk cows and dig up vegetables as part of this unique and educational experience.

In the ever-popular Farmyard Nursery, visitors saw almost 2,500 chicks being hatched, and watched on as the working dairy produced 35,000 litres of milk. For 14 days, 1,700 head of premium cattle called Homebush home, while in the Sheep and Fleece Pavilion, wool valued at more than $11 million was sold in the two-day onsite auction.

RASNSW President, Robert Ryan said he was delighted to see such strong interest in the animals and produce on display.

“While the Show obviously has to have activities and displays that appeal to a wide and diverse demographic, we never lose sight of the need to continually promote agricultural excellence in NSW.

“This year more than 19,000 awards were presented in our Sydney Royal competitions, which included the best of the best from all breeds of animals, wine, food, dairy, horticulture and art.”

“The premium agriculture on display here has also been a tour stop for international delegations, with representatives from China, USA, New Zealand, Indonesia and Brunei visiting the Show to connect with the Australian beef and dairy industries, goat and horse breeders and food and wine traders.”

The RASNSW is a not-for-profit organisation and revenue generated through events such as the Sydney Royal Easter Show allows the RAS to invest nearly $7 million back into agricultural programs, competitions, education and youth initiatives, and rural communities. In addition, this year 3,500 ‘Ag Bags’, which sold out and were full of donated Australian product, raised $70,000 for the RAS Foundation. These funds will be funnelled into regional grants and scholarships.

Even the profits from the record-breaking 51,000 scones produced by the famous CWA Tearoom will be directed to community projects across NSW.