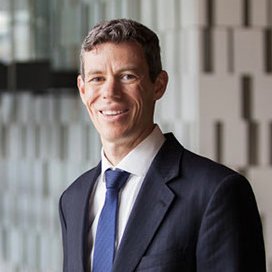 Sydney property manager Charles Moore has been appointed to the role of Chief Executive of the Sydney Olympic Park Authority (SOPA), joining the body at a time when the suburb is to be expanded with nearly 10,000 more dwellings and increased retail and commercial spaces.

Describing Moore as having an extensive knowledge of the property sector, a deep understanding of development of community precincts, and a proven track record of strong leadership, NSW Minister for Sport Stuart Ayres stated "with the recent release of SOPA’s 2030 Master Plan outlining the biggest revitalisation of Sydney Olympic Park in its history I have great confidence in Charles’ leadership to deliver the vision for the Park."

The SOPA board, Chaired by John Fahey, will support the precinct overhaul set to provide homes for 23,500 residents, businesses, new transport links, parklands and retail.

Fahey added “Charles’ experience and executive capabilities will enable the Authority to take the next critical steps in further developing Sydney Olympic Park as one of Sydney’s premier major events destinations, providing world-class regional parklands and an economic hub for business, residents and students in the heart of Sydney."

Moore will take up his role with SOPA from 28th November 2016.