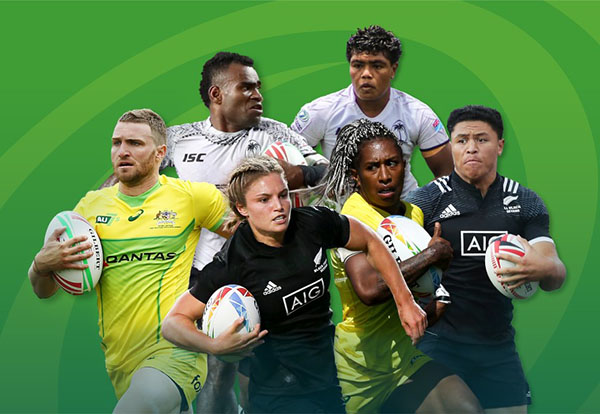 The 2021 PacificAus Sports Oceania Rugby Sevens held at Queensland Country Bank Stadium in Townsville over the weekend 25th to 27th June 2021 was the final official tournament for Oceania Rugby national teams ahead of the Tokyo Olympic Sevens.

Played as a double round-robin format the tournament mirrors the Olympic three-day schedule, with each team playing two matches per day. Each team played the other three teams twice with Fiji undefeated, New Zealand as runner-up and Australia positioned third.

The tournament is supported by the Queensland Government, through Tourism and Events Queensland (TEQ), Sport and Recreation (SR) and Stadiums Queensland (SQ), and Townsville City Council (Council) and is sponsored by the PacificAus Sports program (Australian Department of Foreign Affairs and Trade.

The Australian Government supported the travel costs for Fiji’s national women and men’s sevens teams to compete in the Challenge, through the Pacific Step-Up program, PacificAus Sports. The $52 million program aims to build sustainable, elite sport pathways between Australia and the Pacific, with a major focus on women and girls.

Oceania Rugby is one of six regional associations of World Rugby, responsible for representing the interests of its 16 Members. Oceania Rugby works closely with Member Unions to promote the growth and performance of rugby throughout the Oceania region. Central to this is a series of tournaments, development programs and institutional strengthening initiatives led and coordinated by Oceania Rugby. Oceania Rugby’s Sport for Development programs contribute to achieving gender equality, reducing inequality, and ending violence against women and children, and are built around rugby values: respect, integrity, solidarity, discipline and passion.

The Australian Government’s Department of Foreign Affairs and Trade is working with partners across the region to enhance Pacific sporting communities, unlock the potential of rising Pacific stars, and to create new opportunities for Pacific sportspeople to meet and learn from their Australian counterparts. The $52million program a is a flagship initiative of Pacific Step-up and Sports Diplomacy 2030.