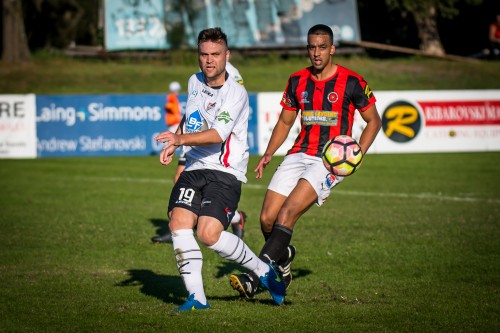 With plans for a new synthetic surface at Bicentennial Park, as well as at the city’s Ador precinct, having been investigated by the former Rockdale Council, Bayside Council Administrator Greg Wright has approved a tender from Melbourne-based Turf One for a full size synthetic field for the NPL Division 1 Club.

"There’s a chronic need for these type of facilities and we’ll be the first in the area.

"We’re stretched as it is so it can’t come soon enough."

Loether said at least 34 club fixtures in local leagues this year had been washed out because of the state of the pitch, which puts the club at a distinct disadvantage.

Turf One have completed a number of artificial turf football fields in Sydney, including installations at Cromer Park, Manly; Narrabeen Sports High School and at the Blacktown Football Park.

Construction is scheduled to begin in August and be completed by the end of January next year.

Once complete, the Council will work with Rockdale City Suns Football Club and Turf One on future maintenance on the field.

Bayside Council is also backing a bid by the St George Football Association for Federal Government funding for a synthetic sporting field at J Graham or the adjoining site at Ador Reserve.