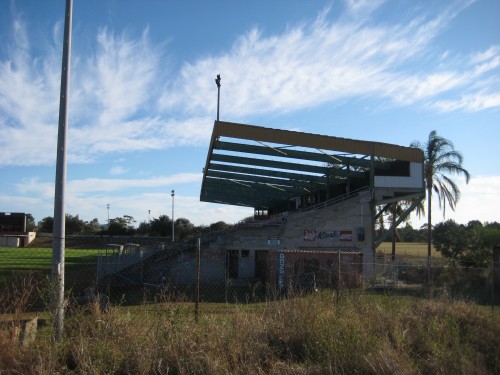 The dilapidated St George Stadium in the southern Sydney suburb of Banksia would be demolished and replaced by a new stadium plus extra playing fields as part of a new development of apartment blocks and commercial space in the Cooks Cove area.

With the NSW Government having agreed to a request by Rockdale City Council to make the area a ‘priority precinct’, a developer is proposing the mixed residential, commercial and sporting project on the site of the former Kogarah Golf Club.

Opened in 1978 as the home of St. George-Budapest (now the St George Saints) one of Australia's most successful football clubs and a founder of the former National Soccer League (NSL), the ground had a capacity of 15,000.

As St George's on field fortunes declined (the team left the NSL in 1991 and were controversially axed from the New South Wales Premier League in 2005) so the ground became increasingly delapidated.

Closed between 2007 and 2009, the venue is still used by St George, although the main grandstand remains out of bounds due to subsidence.

Plans to relocate St George’s ground to a new site north of the current stadium form part of a revival of a project to relocate the greater part of the Kogarah Golf Club course – first proposed a decade ago as part of the Cooks Cove development by the now defunct Cooks Cove Development Authority.

That plan proposed building a new technology park adjacent to Sydney's Kingsford-Smith airport on the site of the Kogarah Golf Club - a 100 hectare site in the Sydney suburbs of Arncliffe and Banksia.

With the Kogarah Golf Club to relocate to a new championship course and clubhouse on the site of existing community sporting facilities, that project saw Rockdale Illenden Suns Football Club relocated from their Barton Park/Illenden Sports Ground to a new stadium at Rockdale’s Bicentennial Park before the Cooks Cove Development Authority was liquidated. 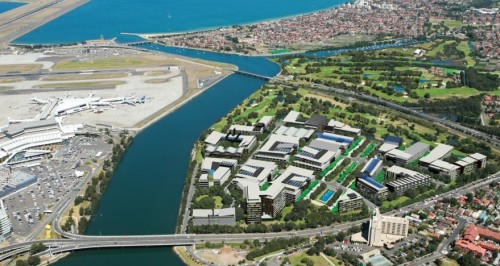 At the time, John Boyd, of developer John Boyd Properties, the Kogarah Golf Club’s development partner, explained that many of the community benefits would be delivered before work started on the business precinct, stating that "the project incorporates significant protection for the environment through detailed plans of management."

A recent report to Kogarah Golf Club members suggested that John Boyd Properties would now replace the St George Stadium on an alternative site and build a new clubhouse for the relocated course with the new sporting facilities would be funded by the residential and commercial development, rather than a technology park, on much of the current golf course..

However, one matter hindering the redevelopment of the site is the potential cost of land rehabilitation with the area surrounding St George Stadium apparently having been used for the indescrimate dumping of builders waste, including large amounts of asbestos, for many years.

Additionally, the current WestConnex road development has reduced the size of the site.

The Cooks Cove Project was featured in the March/April 2010 issue of Australasian Leisure Management.

Images: The dilapidated St George Stadium (top) and the Cooks Cove Project as envisaged in 2007, with the new technology park on the site of the current Kogarah Golf Club (below).