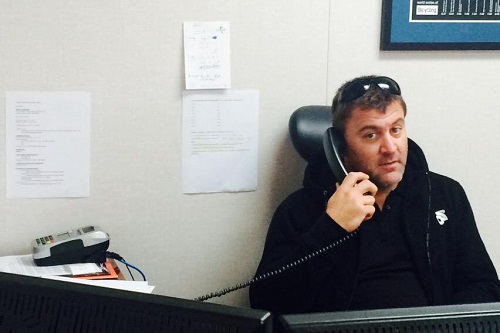 Following allegations over bullying and other improper conduct culture, Michael Heron QC spent the past five months looking into the matter, with the findings released earlier this week..

In his 84-page report, he identified instances of bullying, an inappropriate relationship between Peden and one of the female athletes he coached and a dysfunctional culture which Cycling NZ failed to deal with.

He also found High Performance Sport New Zealand knew of the issues and should have done more to ensure they were dealt with.

In regards to the relationship, the report specifically details an incident that happened weeks out from the Rio Olympics at a training camp in Bordeaux, France where Peden and the athlete remained in town drinking alone.

At 2:30am, "the coach and the athlete returned in a taxi to the team hotel. They were clearly intoxicated. A witness at the hotel describes seeing 'an intimate moment between them'."

Heron goes on to reveal how a young female athlete and the team manager were put under pressure to lie or not speak about the incident during an investigation.

Neither Peden nor the female athlete he had a relationship with participated in the review but both gave feedback on the report in its draft stage.

In a statement, which Peden's lawyer insisted was included in full, he says "the report is grossly inaccurate in many respects" and based on "anecdote, hearsay, gossip and rumour".

However, he declined to "critique the many errors in the report ... because that may only lead to the airing of further untruths and inaccuracies".

He added that he's reflected on his behaviour and is committed to ensuring "no criticism can be legitimately levelled at him in the future".

In his summary, Heron identified shortcomings in the high performance system including no way to escalate and deal with situations like these. He also says his findings suggest the current system may not give enough priority to athlete and participant welfare.

“I note that both Cycling NZ and HSPNZ have acknowledged they got this wrong, that they will do far better in the future, and that they have apologised to the athletes involved,” Grant Robertson said.

“I note that both Cycling NZ and HSPNZ have acknowledged they got this wrong, that they will do far better in the future, and that they have apologised to the athletes involved.

“I will be working with HSPNZ to ensure that the lessons of the report are acted on.

“We need athlete welfare to be central to the success of our high performance programmes. It needs to be seen as a key ingredient of excellence, rather than a nice to have.

“I am certain that working together with national sporting organisations, athletes, and their representatives we can do as chief executive Michael Scott says and make this a competitive advantage for our athletes.”