Report reveals Allianz Stadium could have been refurbished for $18 million 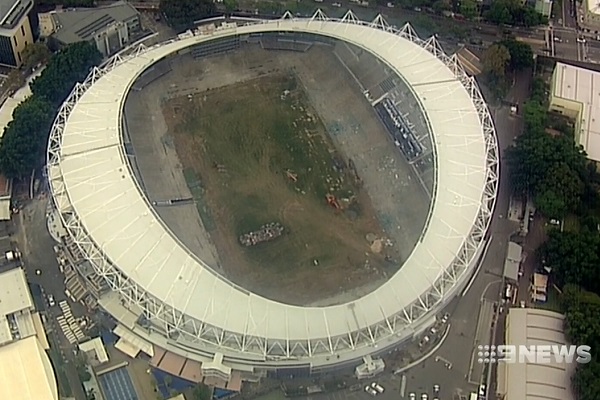 The Sydney Morning Herald has reported that a 2016 study by Asset Technologies Pacific suggested that Sydney's Allianz Stadium could have been refurbished for as little as $18 million rather than the $729 million for its demolition and rebuild.

Demolition of the stadium is currently continuing despite legal action aimed at halting it until after the NSW election on 23rd March 2019.

According to The Sydney Morning Herald, the report prepared for the Sydney Cricket and Sportsground (SCG) Trust in 2016 suggested the Moore Park venue could be fixed to address "current non-compliance" for $18,153,800.

The report advised that "these minor issues can be addressed through partial voluntary upgrades over the forthcoming 10-year period until such a time as the next major refurbishment is undertaken."

NSW Premier Gladys Berejiklian denies Allianz Stadium could have been upgraded to meet safety standards for $18 million, a fraction of the $729 million price tag for knocking it down and rebuilding it.

Responding to the report, she told Nine's Today Show "we've had a business case ... and it says very clearly just to fix the basic building code requirements and safety requirements costs $341 million.

"That information has been publicly available for a year."

Advising that the report is "completely wrong", NSW Sports Minister Stuart Ayres said that complete rebuild of the venue was better value for taxpayers rather than refurbishment works.

He advised "it was considered as part of the Upper House Public Works Committee into stadia. That committee concluded that there were significant safety and security breaches at the facility. They recommended the full redevelopment of Sydney Football Stadium.

“After an exhaustive and detailed process Infrastructure NSW valued a refurbishment of the SFS at $714.5 million and a rebuild at $729 million… The option to rebuild provided better value to the taxpayer than a refurbishment.”

Minister Ayres also emphasised that "this report has been public since it was released to the Legislative Council in 2018. It is not a leaked report.

"The $18 million compliance works quoted by the SMH addressed only electrical distribution boards, emergency lighting, exit signage and fire detection systems. It would not make the venue compliant with modern fire and life safety standards."

NSW Opposition Leader Michael Daley said that the report “exposes once and for all their entire case for the stadium splurge to be nothing more than a sham", adding "instead they wanted a gold-plated stadium. What a disgrace."

Daley has been advocating that the works cease until at least after the election, on the basis that if elected he will refurbish the stadium at a lower cost.

However Daley has been unclear as to how much cheaper his plan would be, telling the Nine network "it'll be a simply mathematical exercise, depending on how much damage is done to the stadium.

"I won't know that until I'm allowed in, and until the facts and figures are made available - and they're not."

The rebuilding of the venue as been a key issue in the lead up to this weekend's NSW election.