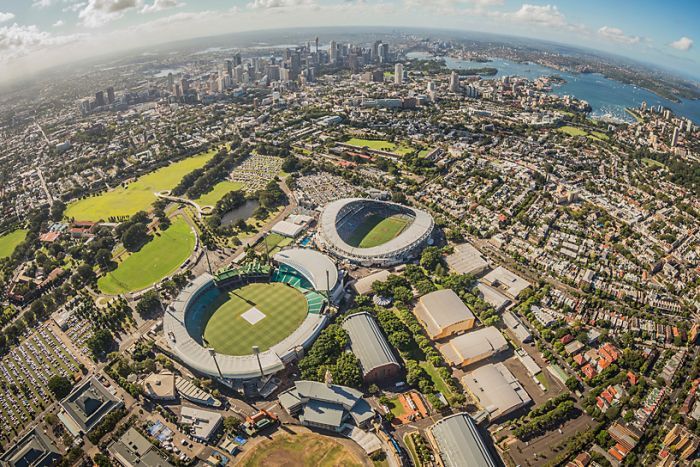 NSW Opposition Leader Michael Daley has gone on record saying that if elected at this month's NSW election, a Labor Government would not go ahead with the Sydney Football Stadium rebuild and instead put the money towards health and education.

In a fiesty on air interview with veteran radio broadcaster and Sydney Cricket and Sportsgroud (SCG) Trust Board member Alan Jones, Daley said he would sack him and unelected members the SCG Trust board if he wins the election.

Daley stated “I know you’ve been on that board for 30 years ... but the board will go, it will be sacked."

“Labor wants to bring the board from the 19th century into the 21st century and ensure it acts in the interests of all of the people of NSW.”

Daley and Jones clashed on a number of issues, with Daley claiming that the Trustees of the SCG "ripped out" the Allianz Stadium fire sprinkler system "under the cover of darkness".

The NSW Government of Premier Gladys Berejiklian announced last year it would knock down and rebuild the Allianz Stadium.

Following the interview, the SCG Trust released a statement advised "the Trustees of the Sydney Cricket and Sports Grounds are appointed by and answer to the NSW Government of the day.

“Mr Daley’s claim that the Trustees of the SCG ‘ripped out’ the Allianz Stadium fire sprinkler system ‘under the cover of darkness’ is incorrect.

“The venue was constructed in 1988 and has never had a fire sprinkler system.

“Allianz Stadium’s fire and safety deficiencies have been confirmed by independent experts, a NSW Legislative Council parliamentary inquiry and the NSW Government.

“Access and requirements for large public venues, such as theatres and sporting venues, have changed significantly in response to global terror threat levels and upgraded safety standards around the world.

“Safety has always been and remains the No.1 priority of the Trustees and staff of the Sydney Cricket and Sports Grounds.”

Breaking News
The demolition of the Allianz Stadium is to go ahead before the NSW election, after the Land and Environment Court today dismissed a challenge by a local community group.

Justice Nicola Pain ruled against Local Democracy Matters and Waverley Council on all three of the grounds they argued to claim the consent permitting demolition was invalid.

The injunction has been extended until 2pm on Thursday so that Local Democracy Matters could consider an appeal.

NSW Treasurer, Dominic Perrottet, said that if the injunction was lifted, demolition of the venue would proceed before the election.

He advised "this is the government’s position. We are going to rebuild the stadium."

Image: The SCG (left) and Allianz Stadium aset against the Sydney skyline.