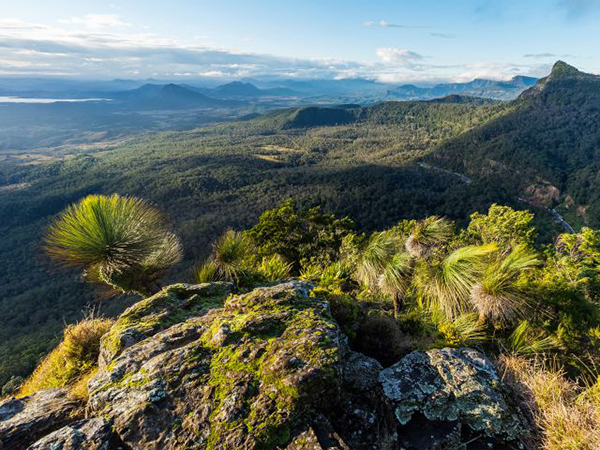 The Queensland Government has partnered with Spicer’s Retreat to build a large ecotourism project west of the Gold Coast. The state government has contributed $2.5 million to support the $10 million project to open the Scenic Rim Trail for a long range six-day, five-night walking experience.

Each tour of around 12 guided walkers will hike to a new location each day and stay overnight in two new low-impact sustainable eco-camps within the Main Range National Park and three existing sites adjacent to the national park at Spicers Hidden Vale Retreat, Mt Mistake Farmhouse and Hidden Peaks Cabins.

Tourism Industry Development Minister Kate Jones said once it was finished, the Scenic Rim Trail in southeast Queensland’s high country would be one of the ‘Great Walks of Australia’.

Minister Jones noted “Eco and adventure tourism is a booming global market – it makes sense for Queensland to be a world leader in this space.”

Minister Jones expects the expanded walk to attract an extra 1300 tourists a year and pump an extra $5 million into the local economy adding that the trail “will include more than 27 kilometres of new public walking trails – making the entire walk more than 50 kilometres long.

“It will run from Thornton Trailhead to Spicers Peak Nature Refuge, within and adjacent to the Main Range National Park and the Gondwana Rainforests of the Australia World Heritage Area.”

The Department of Environment and Science (DES) has issued authorities allowing for construction of the facilities and this follows approval from the Australian Government in July 2019.

DES has worked with the proponent to develop plans to ensure that the Park’s natural and cultural heritage values are protected, and the proposal is ecologically sustainable.

Spicers Retreats and Spicers Scenic Rim Trail founder Jude Turner welcomed the State Government’s funding commitment with Turner noting “having grown up in this region, my passion has always been to share it with others.

“The Queensland Government has supported ecotourism and the opportunity to share our incredible natural assets, as well as create local jobs and support the regional economy.”

Work on the project is under way and is expected to be completed in time for the first guided walkers in mid-2020.