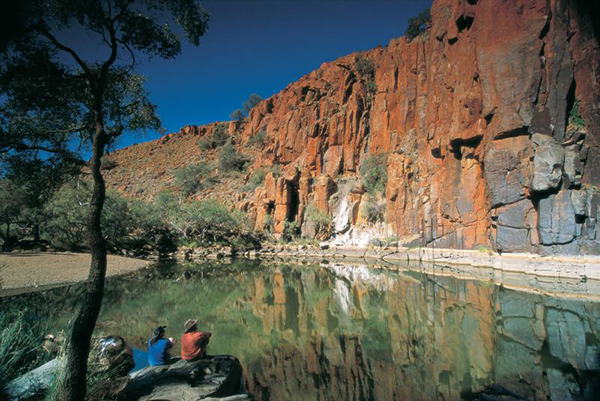 Palm Pool in Millstream Chichester National Park in Western Australia is set to feature new ecotourism accommodation with approval for a lease given to the Yindjibarndi Aboriginal Corporation (YAC).

Millstream Chichester National Park is a national park in the Pilbara region of Western Australia, located 1,190 kilometres north of Perth.

The opportunity for an ecotourism development at Palm Pool was co-ordinated by the WA Department of Biodiversity, Conservation and Attractions (DBCA).

DBCA is the Western Australian government department responsible for managing lands and waters described in the Conservation and Land Management Act 1984, the Rottnest Island Authority Act 1987, the Swan and Canning Rivers Management Act 2006, the Botanic Gardens and Parks Authority Act 1998, and the Zoological Parks Authority Act 2001, and implementing the state's conservation and environment legislation and regulations. The Department reports to the Minister for Environment and the Minister for Tourism.

DBCA was formed on 1st July 2017 by the merger of the Department of Parks and Wildlife, the Botanic Gardens and Parks Authority, the Zoological Parks Authority and the Rottnest Island Authority.

Covering an area of approximately 200,000 hectares around the Fortescue River, Millstream Chichester National Park is set among a stunning natural landscape of ancient volcanic ranges, tablelands, escarpments and water systems.

Palm Pool is the perfect destination for campers and adventure travellers with water year-round; visitors can swim, canoe, kayak or enjoy one of the several walk trails around the site.

Millstream Chichester National Park is also a popular destination for nature enthusiasts with more than 120 species of bird, 30 species of mammal, 150 species of reptile and 500 species of plants found in the park.

The Western Australia Government's decision to upgrade and seal the Karratha-Tom Price Road aims to improve access to Millstream Chichester National Park and improve the viability of the proposed development with park visitation to increase.

The successful submission from YAC included 25 glamping-style safari tents, caravan and camping sites, as well as a restaurant.

The WA Indigenous Tourism Operators Council (WAITOC), supported by Tourism Western Australia, will market this new Aboriginal tourism offering along with others in the region - which continues to be a growing area of interest for overseas visitors.

This development is part of the State Government's Two Year Action Plan for Nature-Based Tourism in Western Australia initiative.

"The traditional owners of this area, the Yindjibarndi people who are represented through YAC, maintain strong cultural connections to their land and are supportive of sharing their culture through tourism."

"I look forward to WAITOC working successfully with the YAC to market this fantastic new accommodation initiative that is eco-friendly, provides an opportunity to experience indigenous culture and also supports the livelihoods of local people."

"The opportunity could enable new employment opportunities for our people on Country and provide the basis for Yindjibarndi people to share and educate national and international visitors about our Culture.

"Yindjibarndi Aboriginal Corporation looks forward to developing an ongoing partnership with the State Government, which is crucial to the project's eventual development."