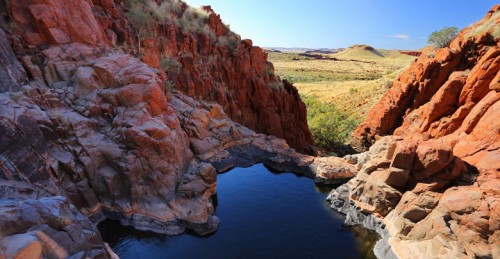 Managed by Tourism WA and the Western Australian Department of Parks and Wildlife, and supported by the estern Australian Government’s Royalties for Regions program, Naturebank aims to prepare sites in conservation areas for the development of quality, environmentally sensitive tourism accommodation and experiences.

According to a statement from Naturebank, the Millstream Chichester National Park offers "two very different sites, Narrina Gorge and Ashburton, that could be developed to provide ecotourism accommodation or experiences such as guided walks and cultural activities."

Millstream Chichester National Park is a popular destination for adventure travellers and is ideally located along the self-drive route of Warlu Way, which links with other popular attractions such as Karijini and Cape Range national parks.

The national park also has an important connection to the traditional owners - the Yindjibarndi and Ngarluma Aboriginal people - and potential developers have the opportunity to work with these groups.

This is the sixth site to be released as part of the Naturebank program.

Successful applicants will then be invited to provide a concept development proposal.