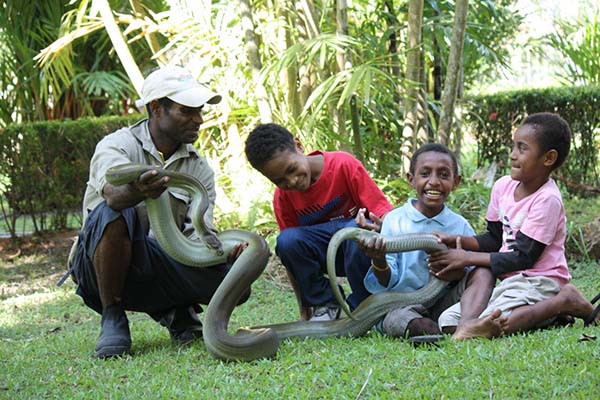 A 'Breakfast with the Birds' event was hosted by the Park to honour and thank the various Government agencies, business houses, NGOs and conservation organisations for their dedicated and continued support over the past seven years of the Park's operation.

Port Moresby Nature Park is Papua New Guinea's only internationally recognised wildlife park and sets the benchmark in Papua New Guinea for tourism, animal welfare, conservation, research and community nature-based education. It hosts over 130,000 visitors to the park each year.

The Park has won a number of international awards for its work including the historic Zoo and Aquarium Association of Australasia (ZAA) award for its Sister Zoo Capacity Development Partnership Program in 2016, and again in 2018 it won an education award for small institutions for its World Wildlife Week program focused on educating school-aged children about the importance of native wildlife conservation and preservation.

Chief Executive of Zoos Victoria and President of the World Association of Zoos, Dr. Jenny Gray also attended the 'Breakfast with the Birds' event as the keynote speaker.

Spread over 30 acres of tranquil tropical gardens the park is home to over 350 native animals and hundreds of plant species, many of which are rarely seen outside of PNG.