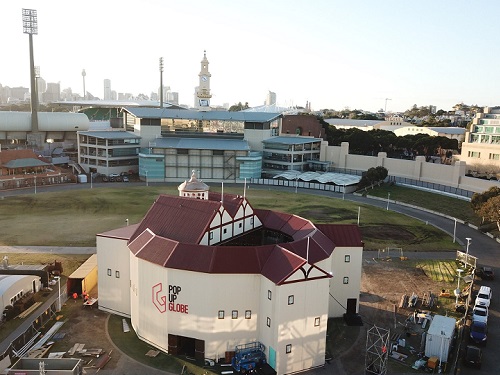 After performing to more than 400,000 people in just two years, the world’s first full-scale temporary working replica of one of the greatest theatres in history, the second Globe, has opened for two months at The Entertainment Quarter in Sydney’s Moore Park.

Pop-up Globe founder and Artistic Director Dr Miles Gregory and the cast of two companies will stage William Shakespeare’s A Midsummer Night’s Dream, The Merchant of Venice, Macbeth and The Comedy of Errors at the pop-up venue until 4th November.

Replicating the Globe Theatre in London, the venue Shakespeare and his company built and opened in 1614 after the first Globe theatre burned to the ground, the temporary performance space features cutting-edge scaffold technology to recreate the iconic theatre, uniting both old and new.

The 900 capacity, three-storey, 16-sided design enables the audience, no matter where they sit or stand in the theatre, to be less then than 15 metres from the action.

Dr Gregory sees the design as being “truly egalitarian”, stating “I think we live in a world that has a lot of division in it and gone are the days when everyone tuned in on a Saturday night together on the TV.

“So theatre is one of the last places where people from every background, every walk of life, come together for a shared experience.

“And when that experience is as visceral and transformative as the experience is here, where everyone is exactly the same distance from the action, where 300 of the audience pay just $30 to get in, that brings communities together

“It’s a powerful message about unity, hope and joy. That’s what we want our work to bring.” 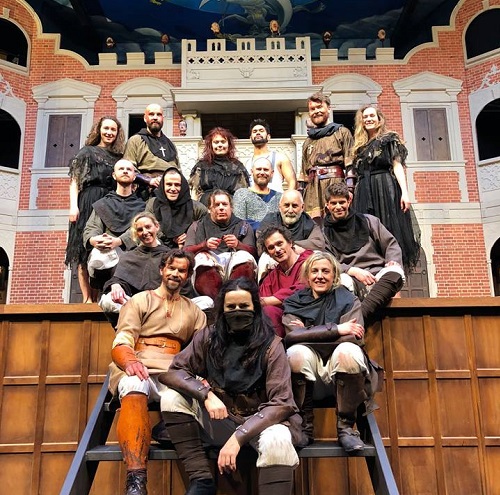 Originally planned as a one-off in Auckland to celebrate the 400th anniversary of Shakespeare’s death in 2016, Pop-up Globe took the city by storm welcoming over 100,000 New Zealand attendances and in a season extended twice by popular demand.

Following this initial sell-out success, a critically-acclaimed second season in 2017 entertained another 100,000 people. The phenomenon resulted in international interest from leading promoters and city representatives from cities around the world who travelled to New Zealand to witness it for themselves.

Pop-up Globe then made its international debut in Melbourne in 2017. This season delighted audiences, sold a further 150,000 tickets, and saw two season extensions.

Now performing in Sydney bringing with it a critically-acclaimed festival of Shakespeare, Dr Gregory commented “we’re excited to welcome Sydney audiences into to this unique space to experience Shakespeare in the space for which it was written.”

Concluding that audiences are blown away by the immersive experience of the Globe, he adds “the relationship between actor and audience, the spectacular space itself, together with the power of Shakespeare’s incredible work, means attending plays at Pop-up Globe is totally different from anything you’ve seen before.

“This isn’t dusty Shakespeare. This is now. Alive. Like a party.”