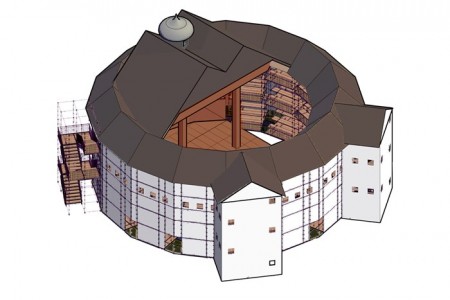 On the 400th year anniversary of his death, William Shakespeare’s famous Globe Theatre is to rise in Auckland.

The promoters of Pop-Up Globe - the world’s first faithful reconstruction of Shakespeare’s second Globe Theatre - have today (6th October) revealed the historic theatre will briefly rise in Auckland’s Aotea Quarter at a location to be known as ‘Bard’s Yard’.

The full-scale temporary working replica of Shakespeare’s famous Globe Theatre will ‘pop up’ on 19th and 20th February next year, for a strictly limited period, featuring two of Shakespeare’s most famous works, Romeo & Juliet and Twelfth Night, and then disappear.

These two productions will run simultaneously, over multiple sessions during the day for schools and evenings for fans.

Pop-Up Globe Artistic Director Dr Miles Gregory says Shakespeare’s Globe is one of the most important theatres in history.

Dr Gregory explains “the experience was so remarkable that ever since the late 19th century, actors and academics – and sometimes a mixture of the two – have sought to recreate as much as is possible the 'original' staging conditions of Shakespeare's own theatres.

“Yet Shakespeare’s second Globe Theatre, the theatre he built and in which his work was being performed at the time he died, has never been accurately reconstructed.

“Our aim is to recreate as faithfully as possible this original performance space so Pop-up Globe’s audience can enjoy the remarkable experience of Shakespeare’s own audience 400 years ago.” 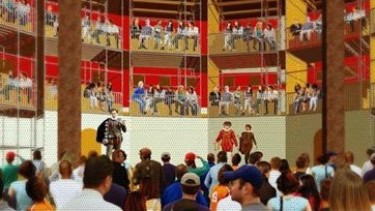 Auckland Mayor Len Brown says Pop-Up Globe will be a great addition to Auckland’s arts scene and the upcoming sizzling summer of events.

He added “initiated and launched here in Auckland, Pop-Up Globe is a chance for Kiwis to have a remarkable Shakespearean theatrical experience driven by a remarkable Kiwi bringing his skills and experiences back home, and a wonderful complement to the Auckland Arts Festival.”

Thanks to ground-breaking research by associate Professor Tim Fitzpatrick of Sydney University, Pop-Up Globe will replicate exactly the dimensions of Shakespeare's second Globe Theatre, which was built on the ruins of the first Globe in 1614.

This round three-storey building is designed to create a remarkable theatre experience. Wherever in the theatre you sit or stand, you’ll be within 15m of the action on stage and surrounded on all sides by people sharing the same space and experience.

An audience of up to 900 will completely surround the stage. In fact, some of the best seats in the house are located in the Lords' and Gentlemen's rooms on the two levels directly behind the stage.

The 100 metre² stage takes up almost half the base of the yard allowing the Pop-up Globe Theatre Company an unusually large performance area on which to bring Shakespeare’s work to life, just as Shakespeare’s own cast enjoyed 400 years ago.

Pop-Up Globe is capped with an onion dome, a unique signature design element which will be remarkable feature of the Auckland cityscape, just as it would have been for the Globe on its site by the Thames. 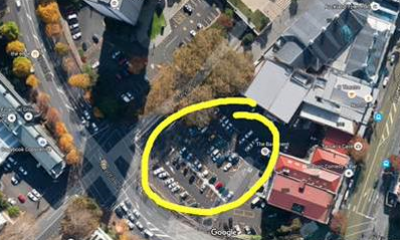 The location, at 38 Greys Avenue is next door to Auckland Town Hall, across from the Aotea Centre and directly behind Q Theatre

Click here to find out more about Pop-Up Globe.

Advance tickets for the Pop-Up Globe’s performances are on sale now via Eventfinda. For more information go to www.eventfinda.co.nz/tour/2015/globe

Lower image shows the location of the Pop-Up Globe.