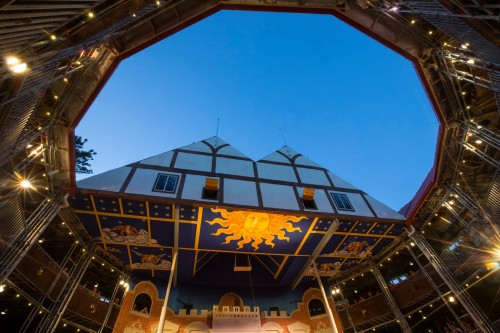 Promoters have announced that more than 50,000 tickets have been sold to the 2017 season of Shakespeare at Auckland’s Pop-up Globe venue.

This makes the programme one of the fastest selling entertainment gigs in New Zealand, with sales figures in the zone of Justin Bieber’s sellout Auckland concert next week while the entire season is on track to rival audiences enjoying pop superstar Adele whose sell-out concert series, starting on 23rd March, set records when it went on sale last year.

Critics have described the uproarious comedy Much Ado About Nothing – directed by NZ Actress of the Year Miriama McDowell – as “superb”, the bloody war epic Henry V starring Rawiri Paratene as “high drama”, As You Like It, featuring former Shortland Streeter Jacque Drew and Lord of the Rings actor Phil Grieve, as “an enormous amount of fun” and the psychological thriller Othello, starring former Shortland Street heartthrob, Te Kohe Tuhaka as “incredible”.

Demand for shows has meant that tickets for some weekend performances are now limited.

For more information go to www.popupglobe.co.nz