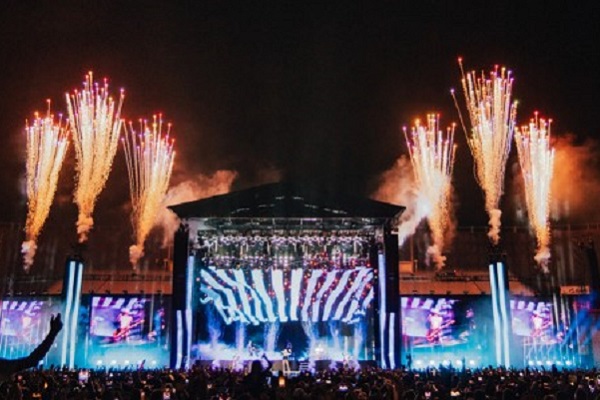 Just two months on from staging its first ever concert, Auckland’s Eden Park has been named the number one stadium in the world in Pollstar’s mid-year rankings.

With the USA-based publication’s rankings recognised as the industry benchmark for live entertainment, Eden Park Chief Executive, Nick Sautner says to be named the number one stadium in the world is a significant achievement not only for the venue but for Auckland and New Zealand.

Sautner advised “we are delighted with the results and to see New Zealand’s national stadium go from its first concert to the top of the global rankings.

“Our world-leading response to COVID-19 was a key driver in Auckland’s position as the most liveable city in the world. Now, being home to the number one stadium internationally will bolster (Auckland’s) reputation as an attractive and inclusive destination for live music events and other premium content. 50,000 fans coming together to enjoy Eden Park’s first concert has to be one of the greatest examples of the success of the 'team of 5 million' so far.”

Eden Park, which was granted permission to stage up to six concerts per year in January, hosted its very first show 24th April 2021 – with local band SIX60 playing to a sold-out crowd of more than 50,000 fans. Millions more tuned in around the world as part of a global livestream and historic partnership with Pasifika TV in more than 11 countries.

Images and stories about the concert - the biggest show in the world post-Covid - were beamed around the world to audiences still largely in the grips of COVID-19 lockdowns, with coverage in the New York Times (USA), Bloomberg (USA), Al Jazeera (Qatar), Flipboard (Germany), Khaleej Times (Dubai) and Australasian Leisure Management. 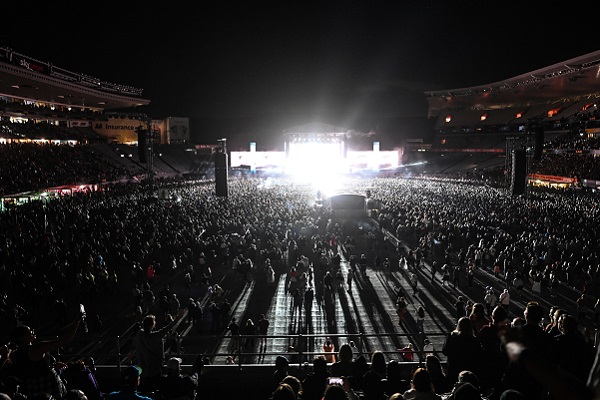 Explaining that the night marked a new era for New Zealand’s national stadium as a truly multipurpose venue, Sautner commented “utilising Eden Park for concerts is about giving musicians the same rights and privileges as sports people to play New Zealand’s premier venue to crowds of more than 50,000 fans.

“Our first concert has demonstrated why Eden Park is artists’ and promoters’ venue of choice for concerts. The country’s largest, most accessible and well-connected stadium, Eden Park offers excellent transport connectivity, facilities for all demographics and proximity to urban centres.”

Last year, following the pandemic-promoted shutdown of live entertainment, several Australian venues made the top ten, including Sydney Cricket Ground, Sirromet Winery and Optus Stadium. A New Zealand venue has never been in the top ten.

While overall box office results indicate a live music entertainment sector still severely affected by a global health crisis, success stories like that of Eden Park, SIX60 and promoter Eccles Entertainment show that there is an end in sight for the industry.

Sautner went on to say “now more than ever it is evident people are seeking escapism and experiences that can be shared. Kiwis love to support live music and like much of the rest of the world are hungry for world-class experiences after a long period without international tours.

“We are in discussion with a number of promoters about future tours. Internationally, the propensity to play New Zealand’s national stadium is strong.”

A member of the Associated Press (AP), Pollstar is a trade publication for the concert industry, which generates data based on box office ticket sales and reporting by concert promoters, booking agents, artist managers and facilities executives.