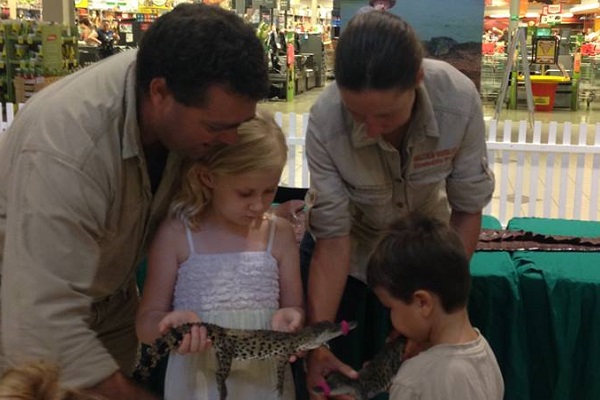 An investigation is underway into the suspected theft of a baby crocodile from a popular wildlife park in northern Western Australia.

Cinnamon, 15 months old and around 40cm long, was one of several baby and juvenile crocodiles handed out during a public feeding at Broome's Malcolm Douglas Crocodile Park on Friday afternoon.

"But only seven of the crocodiles were returned."

The juvenile crocodiles are a significant attraction for the wildlife park, founded by the late Broome environmentalist and documentary maker Malcolm Douglas and now run by his widow Valerie.

Amid concern for the reptile's welfare, Sergeant Langthorn added “both ourselves and the park obviously have significant concerns about the level of care that's required for a crocodile like this.

"If someone's got it in their yard or their home, if you've seen it; do the right thing and get it back to the crocodile park.

"We need to get him back to the park as soon as we can."

While the theft is unusual, a 2016 break-in at the park's former Cable Beach premises saw at least half a dozen crocodiles stolen and loosed in the tourist town.

One animal was found in a backyard swimming pool, while another was run over by a car.

Another small juvenile crocodile was found by a resident on Cable Beach and handed into authorities.

Thefts of animals from wildlife attractions are a not uncommon occurence with Sea World, Symbio Wildlife Parks and Featherdale Wildlife Park all having experienced the loss of animals in recent years.

In most, but not all, cases the animals have been recovered.

Crocodiles are illegal to keep as pets.