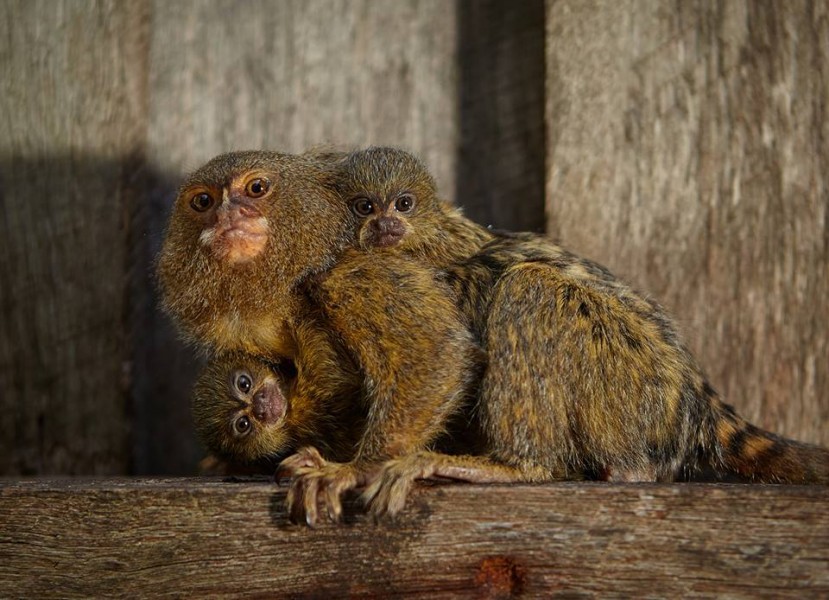 Three rare pygmy marmosets, stolen from the Symbio Wildlife Park on Friday, have been recovered and are being returned to the NSW attraction.

10 year-old Gomez was found earlier today after being left in a box on a vet’s doorstep in southern Sydney.

The two other stolen miniature monkeys, 10-month-old Sofia and a four-week-old baby, were recovered during a vehicle stop on Sunday, with two brothers – Jackson George, aged 23, and his brother Jesse, aged 26 – pleading guilty to transporting and intending to sell them.

Gomez and the two younger marmosets have been reunited with their primate family at the Helensburgh attraction.

Staff at the wildlife attraction had feared the baby would die withing a few days after being separated from its mother.

However, staff have reported that the trio are “in OK condition” but are “very scared”.

In a Facebook post, Symbio Wildlife Park advised “Gomez has been reunited with his family this morning and we are allowing them as much time as needed to settle back in, in privacy.

“Sofia, the baby and the remaining family members are all doing well. Our exhibit will remain closed again today to give the family time to re-bond with Gomez, as we observe the dynamics within the family.”

Thefts of small animals, reptiles and birds from Australian wildlife attractions is not an uncommon occurrence with Symbio Wildlife Park have previously endured the theft of a group of tamarins and pygmy marmoset monkeys in 2011.

All were later recovered.

Image: Symbio Wildlife Park's pygmy marmosets prior to the the theft.