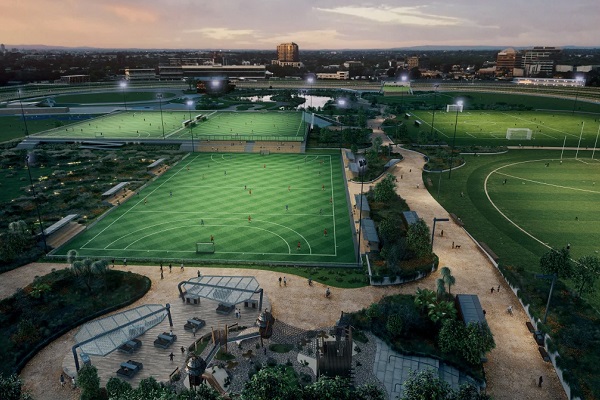 The Trust’s plan aims create one of the largest public spaces in Melbourne’s south and will feature a large concert space, an indoor sports complex and up to seven sporting fields in the large space within the perimeter of the racetrack, linked by tunnels to areas outside the track.

With the Racecourse Trust currently negotiating with federal, state and local governments over potential contributions, the Melbourne Racing Club has committed $285 million to the project funded through the sale of the nearby Sandown racecourse for housing. 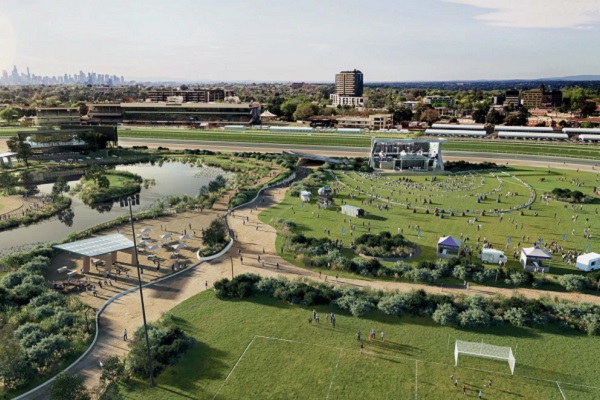 Walking, running and cycling trails will be created alongside the racetrack, while gardens, a skatepark, meeting rooms, open spaces for markets and off-leash areas will also be developed.

Launched on Wednesday by Victorian Environment Minister Lily D’Ambrosio, the Minister said the development would help the racecourse become a “truly inclusive” open space, commenting “I look forward to seeing the plan come to fruition and thank the trust for their continued efforts in promoting Caulfield Racecourse Reserve as an accessible, inclusive public space for the community to enjoy.”

Major construction work will probably begin in 2023 when horse race training relocates away from Caulfield. Before 2023, work will take place to improve accessibility and create public spaces for events such as markets.

Affordable housing, which may be built above a community and indoor sports centre along the racetrack perimeter, could be stipulated to be for university students from low-socioeconomic backgrounds or front-line health workers. The track is near Monash University’s Caulfield campus.

Under the plan, Caulfield will also host night racing on a second track. Fine-dining restaurants and pubs will be built around the grandstand. 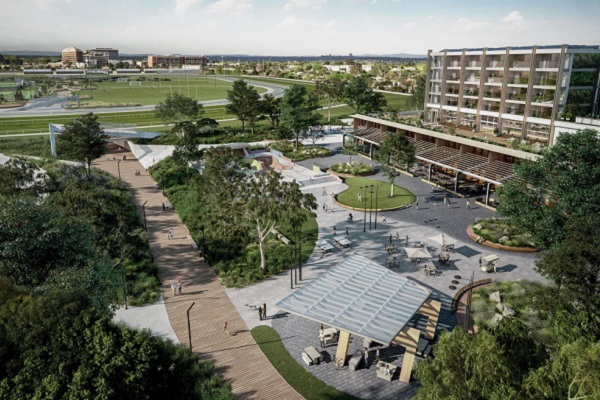 Advising that the redevelopment will transform Caulfield, Racecourse Trust Chair, Sam Almaliki added “it will be a great entertainment precinct where you can go and see a concert and experience great dining with your family.

“It will be the centre of community life - a community and events destination of state significance with an enduring reputation as a premier thoroughbred horse racing venue.”

The Glen Eira City Council area has the lowest proportion of open public space of any council area, with neighbouring Stonnington the second worst.

A business case is being developed by PricewaterhouseCoopers, in conjunction with Glen Eira City Council and the Victorian Government, to detail the return on investment.

The plans follow the Victorian Government’s creation of the Caulfield Racecourse Reserve Trust in August 2018.

The Melbourne Racing Club’s funding for the project is partly based on its plan to sell the Sandown racetrack as a site for 7500 new homes.

Images: Concepts for the proposed Caulfield Racecourse redevelopment (top amd middle) and the redevelopment will feature walking and cycling trails, restaurants and affordable housing (below).