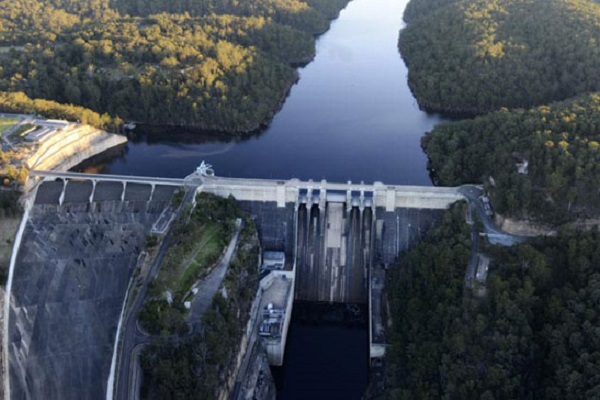 Plans by the NSW Government to raise the height of the Warragamba Dam - which supplies water to Sydney - have led to concerns and sparked protests about its impact on world-heritage listed Blue Mountains wilderness area.

A United Nations report released at the end of last week raised "concerns" about the proposed raising of the Warragamba Dam.

The report, released by the UN Educational, Scientific and Cultural Organisation (UNESCO) for a World Heritage Committee meeting on Friday, is used to assess the state of properties on the list across the world.

In a three-page focus on the Blue Mountains' status, the report highlighted multiple concerns for the area and called on the on both the NSW and Federal Governments to send it any environmental impact statements before any decisions on the Warragamba Dam were made.

The release of the report was followed by hundreds attending a rally in the Blue Mountains yesterday to protest the Warragamba Dam proposal, which will see the dam wall raised by 14 metres to help water retention and as a means of stopping flooding in north-west and western Sydney.

At the protest, campaigner Harry Burkitt, from community group Give a Dam, said raising the wall could be the “last straw” that puts the Blue Mountains in danger of losing its UNESCO status.

In a statement he advised “the World Heritage Committee has spoken, they don’t think it’s a good idea - and now it’s time for the Federal Government to step up and stop this dam project.”

In addition, indigenous leaders in the area fear it will result in the upstream inundation of significant cultural sites.

The World Heritage Centre, which advises the UN noted “with concern” that raising the wall by 14 metres is expected to increase the frequency and extent of inundation of the world heritage-listed site.

It added “the inundation of areas within the property resulting from the raising of the dam wall are likely to have an impact on the outstanding universal value (OUV) of the property,” it said in a draft decision.

The World Heritage Centre in late 2018 asked for further information about the proposal to raise the wall after an advisory body revealed it could flood up to 1,000 hectares of world heritage area and 3,700 hectares of surrounding national park.

Australia’s International Council on Monuments and Sites also warned the federal and state governments that it could result in the Blue Mountains being placed on a list of sites “in danger”.

The project came under scrutiny earlier this year after it was revealed the NSW Government was planning to raise each end of the wall by 17 metres so it could easily be modified in the future to hold back additional water.

Critics say the plan puts at risk threatened flora and fauna that could be inundated by dammed water in the world heritage-listed mountains.

The plan will be subject to Federal Government approval after the environmental impact statement is released later in 2019.

The NSW Government insists it will help prevent flooding of the Hawkesbury-Nepean Valley.