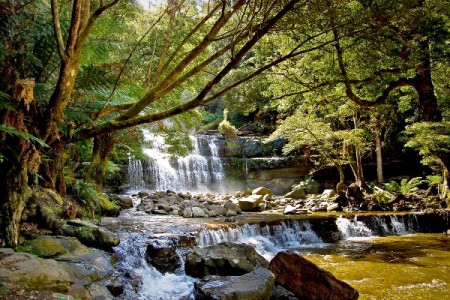 The Tasmanian Government has begun an assessment of the cultural values of the state's Wilderness World Heritage, as it prepares a response to criticism from the United Nations Educational, Scientific and Cultural Organisation (UNESCO) over its management plans.

The Tasmanian Government, which has since abandoned logging proposals for the area, states that the area - which spans across about 1.6 million hectares - is home to “hundreds of archaeological sites, including many cave sites dating from the late Pleistocene and early Holocene epochs.

“The earliest cave sites are evidence of what are currently understood to be the southernmost people in the world during the last glacial period, who were part of the forefront of the first expansion of modern humans across the globe".

The project, led by the Tasmanian Aboriginal Heritage Centre, involves developing a costed, multi-year plan for cultural surveys of sites and landscapes within the Tasmanian Wilderness World Heritage Area (TWWHA).

Tasmanian Environment and Heritage Minister Matthew Groom said the Government was delivering on the commitments they had agreed with the World Heritage Centre.

Minister Groom stated "this project is significant because it is about identifying everything from significant sites and landscapes, to how connections with the land and history can be identified.

"We also recognise that these values are not just in the sites that the TWWHA contains but also the landscape, seascape and skyscape have incredible meaning and value, as well."

The survey plan is due for completion by mid-2017, and the Government had said it would form a major part of a submission to the World Heritage Committee.