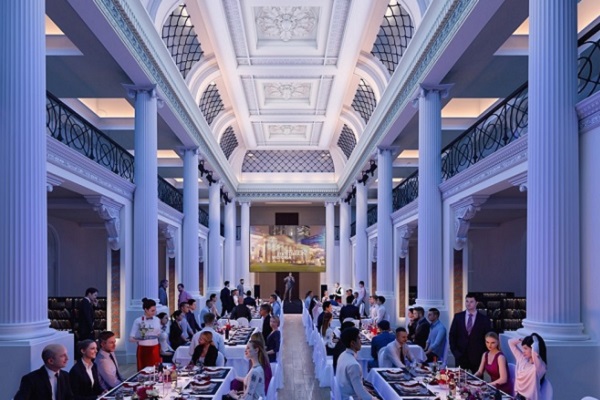 The State Library of Victoria is now taking bookings for events as it completes an $88 million Vision 2020 redevelopment.

As part of the extensive redevelopment of the spaces, the Library will position itself as an ‘Events Hub’ in the centre of the CBD, offering 11 venues to be utilised for a variety of purposes including state-of-the-art conferencing events spaces, heritage reading rooms, and a world-class gallery.

One of the signature spaces is The Ian Potter Queen’s Hall which has been closed to the public since 1993. A reading room by day, at night, the venue will transform into one of the grandest event spaces in Melbourne, following a facelift that will return the space back to its original grandeur, revealing the heritage paintwork and reinstating the skylight.

The Conversation Quarter include will include a state-of-the-art audio-visual installation, connecting through to the Village Roadshow Theatrette and five break rooms, positioning the Library as a new boutique conference destination in the heart of the CBD.

The first of the new spaces opened last September, with the re-opening of the Russell Street entrance, and the unveiling of the Isabella Fraser Room, the first purpose-built event space to open in the CBD since Myer Mural Hall in 2010. 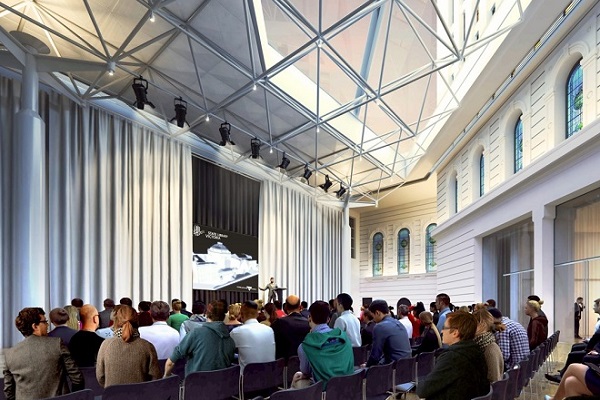 “This ambitious program will ensure that the Library continues to evolve to meet the changing needs of our vibrant, diverse community, both in Melbourne and in regional Victoria, today and into the future.”

Showtime Event Group has been appointed as the event partner and exclusive caterer for the venue.

“In October this year we transformed the Redmond Barry Reading Room for the Australian Premiere of ‘Come From Away’, the first time the venue has hosted the event.

“The Library also hosted Nigella Week for MasterChef Australia, and we have some exciting events in the pipeline, including a series of industry events, boutique product exhibitions, and several business events.”

Images: The Ian Potter Queen’s Hall (top) and the Conversation Quarter (below) at the State LIbrary of Victoria.