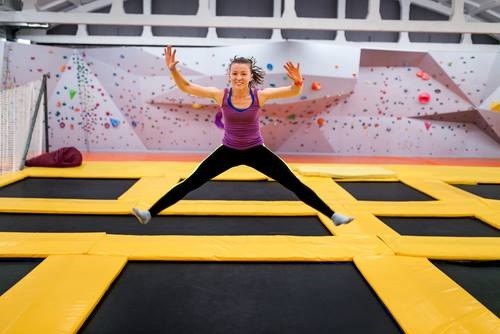 With the rapid growth in commercial trampoline parks over recent years having been paralleled by corresponding, and highly publicised rise in injuries, Standards Australia has published a new Australian standard to help reduce risks in trampoline parks.

As Standards Australia explain “the trampoline park industry in Australia has grown from a few centres in 2012 to over 80 open today. With this increase in popularity comes a higher chance of injury, and a greater role for standards to play in minimising risks that might lead to such injuries.”

Releasing the new standard, Standards Australia refer to a Sydney Children’s Hospital study of 40 trampoline park related injuries and found that 55% of patients had a soft tissue injury or sprain and 37.5% had a fractured bone(s).

Causes of injuries included awkward landings on the bed, larger children bouncing alongside smaller children, and attempted somersaults or flips.

Through collaboration with industry, government, academic and consumer groups, the new Australian Standard, AS 5159.1:2018, Trampoline park facilities, Part 1: General safety requirements and test methods provides a voluntary benchmark for both the design, installation and operation of trampoline parks. It presents minimum safety thresholds to help designers and trampoline park owners to manage risks for park patrons.

Regular inspections are a key feature in the standard. Daily checks look for dangers such as broken springs, tears or deterioration, and tripping or slipping hazards. A detailed equipment integrity inspection is recommended every week to examine the operation and condition of all parts, followed by an even more comprehensive inspection annually.

Associate Professor David Eager, Chair of the Technical Committee that drafted AS 5159.1, explains “earlier this year safety concerns were raised about trampoline parks in Australia.

“The standard cannot control dangerous behaviour or risky manoeuvres that could lead to injuries at trampoline parks.”

“What the standard can do is assist manufacturers and operators in removing known physical hazards that might increase the risk of injury for the Australian public.

“In drafting this standard, we were conscious that we needed to strike a balance between the known hazards of trampoline parks and the benefits that could be obtained from their use.

“The committee is now looking at developing another Australian Standard to specifically cover dismount pits as a next step in the series on trampoline park facilities.”