New aquatic play park part of the revival of the Whitsundays 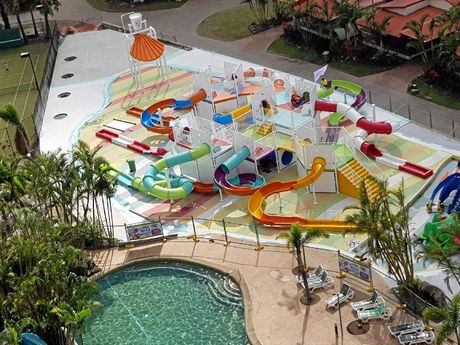 The upcoming opening of a major aquatic play area at the Big4 Adventure Whitsunday holiday park looks set to be a key element in the revitalisation of the cyclone-damaged Queensland town of Airlie Beach.

With the town rebounding from March’s Tropical Cyclone Yasi, the 13 waterslides and features are set to add to the park’s existing two slides and pool area.

Anticipating opening in the first week of August, Park owner Greg McKinnon told local media that the new attraction has a ‘wow’ factor, stating “the excitement is not only killing the locals, but the staff can't wait to get into it as well.

"It's a waterslide bonanza. It's something the kids have never seen in this area."

The new slides and features will make the resort's water zone the largest waterslide playground in an Australian holiday park. The overall area of the park will be equivalent to an Olympic swimming pool and will include mini slides, tipping buckets, water features, a splash pool for toddlers and a total of 200 metres in waterslides.

McKinnon said while adults and older children would be welcome on the slides, they would be mostly suitable for children aged from three to 12. Slides will be connected by bridges and the colours of the coral in the Great Barrier Reef have been used as inspiration during construction.

He added “the kids will never, ever be bored. And if the children are happy then it's good for the parents too. And you've got the beautiful Whitsundays as a backdrop.” 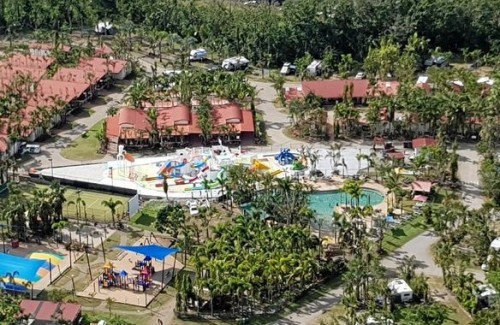 The development is part of a $2.5 million post-Cyclone Debbie project that also included general upgrades and new cabins.

Already employing a team of 36 staff, McKinnon said he aimed to employ additional local youth during the holiday season and wanted to ensure his business continued to contribute to the local economy.

Explaining that when the park is full, it accommodates 800 people, he explained, "(this) creates a great income for the whole town including local businesses and restaurants".

McKinnon, who's operated the multiple-award-winning park for 24 years, said the park was also a seasonal home to many regular holiday-makers and caravaners who had been coming from all around Australia for up to 20 years.

Features and waterslides, including its biggest ever KIPS structure, were provided and installed by Australian Waterslides and Leisure.

For more information on Australian Waterslides and Leisure click here to view their entry and contact details in the Australasian Leisure Management Supplier Directory.

Images: Artist's impressions of how the completed aquatic play area at the Big4 Adventure Whitsunday holiday park will look.