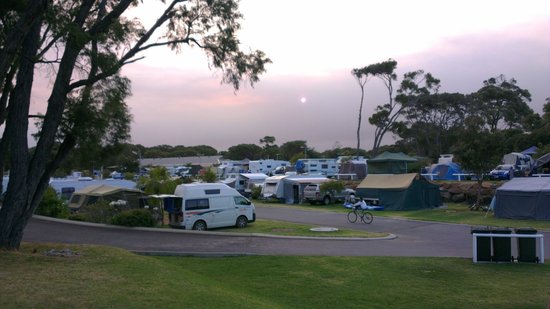 BIG4 Holiday Parks’ successful operations in 2016 has seen the franchise group achieve recognition in tourism award programs held across Australia, with parks being recognised at events in each state and territory in the ‘Caravan and Holiday Park’ category.

BIG4 Holiday Parks Chief Executive Steven Wright congratulated the parks on their respective State, Territory and Industry Association wins, commenting “I’m very proud of the BIG4 Holiday Parks winners who have been recently recognised for excellence by their industry peers.

“Being the most awarded holiday park brand is a clear indication of the leadership of BIG4 Holiday Parks in achieving excellence.

“Not only did BIG4 parks win each State and Territory category, 14 individual parks were acknowledged as the top three in their represented State or Territory.

“It is an acknowledgement to the commitment of our park owners and managers to their profession, and their focus on going that extra mile for their guests. The awards are tributes to their success.”

The winners from the State Awards will automatically be finalists at the national Qantas Australian Tourism Awards, being held in Darwin on 24th February 2017.

Wright added “we’re ending 2016 on a high note, with the winner from each state and territory progressing to the national awards in Darwin in February 2017, and we wish each Park the very best – they’re up against great competition.”

Looking forward, Wright concluded “2017 promises to be a big year for the BIG4 Holiday Parks network, with exciting branding and business developments in the pipeline. We encourage people to sign up to our Facebook page for updates on our latest activity.”

Comprising of 180 holiday parks across Australia, the franchise group provides a range of high-quality accommodation options from powered ensuite sites for caravan and motorhomes to luxury cabins.