New appointments made to Sydney Cricket and Sports Ground Trust 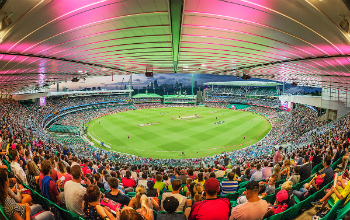 The NSW Government has announced the appointment of Erin Flaherty and Rosheen Garnon as members of the influential Sydney Cricket and Sports Ground Trust, and the reappointment of existing Trustees John Hartigan, Rod McGeoch, Maurice Newman and Barry O’Farrell.

Announcing the appointments, NSW acting Minister for Sport Geoff Lee stated “the new appointments of Ms Flaherty and Ms Garnon will add valued experience to the Trust, and I look forward to seeing them commence their roles in October.”

Flaherty’s business career has spanned 30 years in both the private and Government sectors. She is a founding member of the Sydney Metro Authority board and is a Member of the Board of Guardians of the Future Fund, Australia’s sovereign wealth fund. Ms Flaherty also sits on a number of non-profit boards.

Garnon has extensive board experience, with current appointments including the Australian Rail Track Corporation, Alexium International Group Limited, the Board of Taxation, Australia Council for the Arts and Creative Partnerships Australia.

Commenting on the four reappointments, acting Minister Lee stated “these members have served the Trust with great distinction and I’m pleased they’ll be continuing their service.”

He also paid tribute to former cricketer Stuart MacGill for his contributions as a Trustee for the past eight years. Stepping down as a Trustee, MacGill will continue in an ambassadorial role for the SCG.