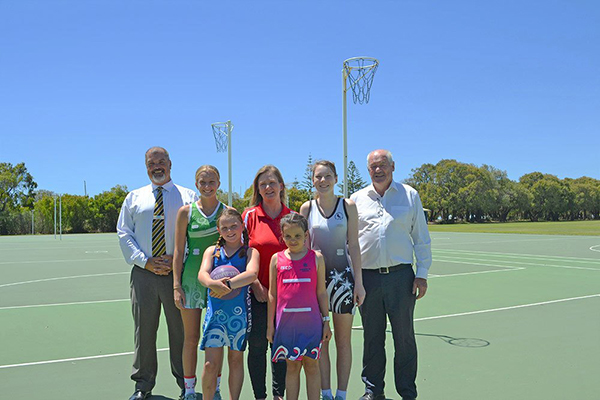 Busselton and Yunderup are two of the latest regional communities to benefit from better sporting infrastructure with both projects delivered with financial assistance from the Western Australian Government's Community Sporting and Recreation Facilities Fund.

"The previous ageing infrastructure dated back to the 1960s and didn't cater for the growing demand. I'm pleased that the State Government's CSRFF program was able to help make the new facilities a reality.

The pavilion project, at Lou Weston Oval, received a $400,000 contribution from the State Government's Community Sporting and Recreation Facilities Fund (CSRFF) program, which supports the development of quality, sustainable sport and recreation infrastructure around the State.

The project involved replacing the old pavilion located at Lou Weston Oval to provide new storage, change rooms and toilets, reconstructing the nine existing netball courts and constructing three new courts (including multi-marking of six of these courts for dual use by netball and basketball).

Minister Murray also attended the opening of the newly resurfaced bowling green at the Yunderup Sport and Recreation Club in the Shire of Murray, south of Perth.

The $148,500 Yunderup bowling green resurfacing project involved a CSRFF contribution of $23,500 and $20,000 from the Shire of Murray, with the Yunderup Sport and Recreation Club self-funding an outstanding $105,000 of the project.

"I'm a recreational bowler myself and realise a high-quality facility such as this will benefit both competitive and social bowlers, and credit must go to the club's leadership and members for raising over $100,000 for the project."

17th May 2013 - World ironman champion to compete at Busselton