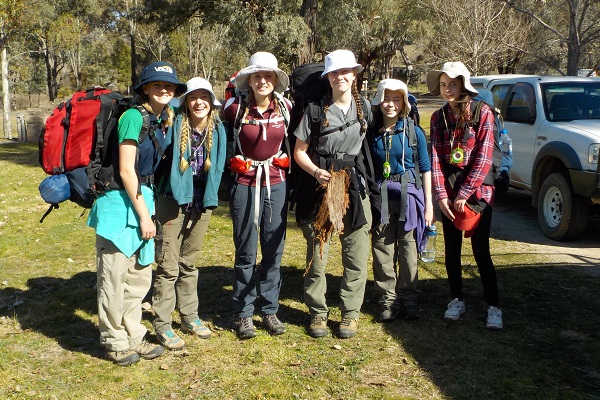 The Duke of Edinburgh’s International Award has unveiled a commemorative national walking trail in the NSW Blue Mountains at Govett’s Leap, Blackheath.

The National Trail was launched as part of the Duke of Edinburgh’s International Award’s 60th Anniversary which comprises 10 six kilometre walks around Australia, including the Cradle Mountain Trail in Tasmania, Tabletop Track in Litchfield National Park in the Northern Territory and Govett’s Leap in the Blue Mountains National Park.

The trails were selected for being the most popular walks chosen by Duke of Edinburgh’s International Award Participants that complete Adventurous Journeys as part of the program.

She advised "the Duke of Edinburgh’s International Award is the world’s leading youth leadership program.

“The NSW Office of Sport has a proud 20-year relationship with the Duke of Edinburgh’s International Award, delivering the program to young people across NSW.

“The 60th Anniversary National Trail is a fantastic initiative which will encourage more young Australians to appreciate our environment and develop a sense of adventure and discovery.”

Jones was joined at the ceremony by David Crust, Director Blue Mountains for the NSW National Parks and Wildlife Service and Deputy Mayor of the Blue Mountains, Chris Van der Kley.

The National Award Trail is one of a range of events and celebrations to commemorate the Duke of Edinburgh’s International Award’s 60th Anniversary.

For further information on the Duke of Edinburgh’s International Award visit www.sport.nsw.gov.au/dukeofedinburgh