Adelaide has officially partnered with the world’s biggest festival city, Edinburgh, with the signing of a series of agreements that set out joint goals for artistic, business and community collaboration between the two festival cities over the next three years.

The agreements will see the Adelaide Festival co-commissioning new shows with Edinburgh while the Adelaide Fringe will partner with leading Edinburgh ticketing software company Red61 to set up an Adelaide office, creating eight new jobs.

The new $350,000 digital platform will be South Australian owned and will put Adelaide Fringe at the forefront of digital technology in the international festivals industry by streamlining and integrating the way all groups connect with the Fringe.

Red61’s ticketing platform last year handled the sale of 2.3 million tickets to more than 50,000 performances in 313 venues at the Edinburgh Fringe.

Under the agreements, each organisation has committed to strengthen cultural ties between Adelaide – Australia’s leading festival city and Edinburgh, the world’s biggest festival city.

The agreements will also include a Memorandum of Understanding between the Adelaide Fringe and Edinburgh Festival Fringe which commits the two to explore collaborative opportunities to learn from each other’s event delivery, investigate staff development and exchange information, while increasing and maximising opportunities for artists. 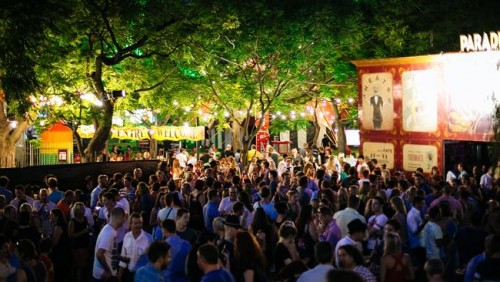 Adelaide Festival Artistic co-Director Rachel Healy said its agreement with Edinburgh International Festival - which will include co-commissioning artists to create major works that would premiere in Edinburgh or Adelaide - was “a watershed for both organisations”, commenting “it is thrilling to contemplate a shared future which involves creative collaborations, commissions, and artistic exchange.”

The agreement also will include sharing market insights and new audience and business initiatives.

Adelaide Fringe Chief Executive and Artistic Director Heather Croall explained that the announcement represents a fundamental shift in the way Adelaide Fringe communicates and interacts with all of its users during the Fringe and throughout the year.

Croall stated “this platform will also provide a sophisticated matchmaking for interstate and international buyers looking to purchase new work and improve media and PR interaction with the artists and events and increase access to the Fringe by educators and students of all ages.”

South Australian Minister for the Arts Jack Snelling, who was also in Edinburgh, stated that the partnership will “bring Adelaide into line with the best service of its kind”.

Minister Snelling stated “(this will) increase consumer and artist confidence in Adelaide (which) in turn will create even more jobs for South Australians and inject even more money into our State’s economy. 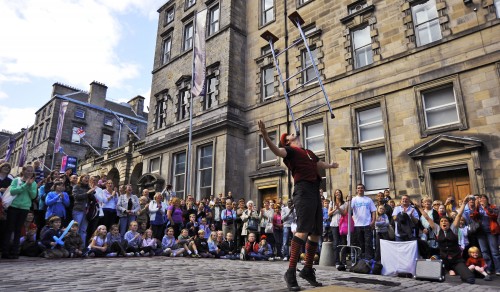 The Adelaide Festival and the Edinburgh International Festival also signed a Memorandum of Understanding to “develop and promote creative, business and community collaborations”, including co-commissioning key artists to create a major work which is then premiered in Edinburgh or Adelaide.

City representatives from Edinburgh, Barcelona, Krakow, Montreal and Berlin will gather in Adelaide to share ideas, knowledge and experience from a global perspective.