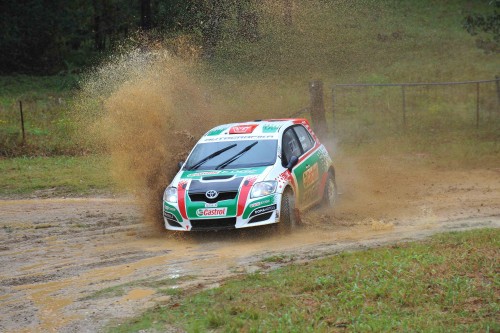 Motorsport Australia has announced that it has been nominated by the Sports Environment Alliance (SEA) as one of three finalists for the SEA Member category as part of this year’s SEAChanger awards.

The award ceremony, created by the SEA, celebrates sporting organisations who minimise environmental their impact, make their respective sports more sustainable and make sure there are eco-friendly spaces and places to compete around the country.

For more than 15 years, Motorsport Australia has been introducing a variety of initiatives to the motorsport industry to support environmental sustainability.

Some of these initiatives include the development and implementation of an environmental management system, establishing an environmental committee to drive changes in this space and support the FIA’s gold standard process and delivering carbon neutral events on many occasions.

As a result of these initiatives, Motorsport Australia enhanced protection for biodiversity, protected soil and water from pollution and saw a reduction in climate-changing greenhouse gases and waste going to landfill at events and at its National administration office.

One of the key contributors to Motorsport Australia’s nomination is its work at Rally Australia on the Coffs Coast in recent years, which became the first motorsport event in the world to achieve gold standard under the Federation Internationale de l’Automobile (FIA) environmental sustainability initiative.

Part of that achievement saw Rally Australia offset 3,900 tonnes of CO2-e arising from its unavoidable greenhouse gas emissions with carbon credits derived from re-afforestation projects in Tasmania, as well as identifying and avoiding key habitat areas during course planning and event organising.

The organisation’s expertise has also contributed to international efforts by the FIA to introduce the concept of sustainability to all motorsport activities.

The nomination adds another environmental achievement to Motorsport Australia after the organisation attained the highest level of recognition in the FIA's Environmental Accreditation Framework in November 2020.

With the body being nominated alongside the Australian Grand Prix Corporation and Victoria Racing Club, Motorsport Australia Chief Executive, Eugene Arocca stated “we are very proud to have been nominated as a finalist for Sports Environment Alliance’s SEAchanger awards.

“Motorsport is often considered a contributor to environmental issues, but a lot of work has gone into finding ways to be more eco-friendly in the past decade, so to be nominated for an award like this, alongside the Australian Grand Prix Corporation, confirms that we are on the right path.

“By doing the things we have been doing in this area, we have also raised the awareness of sustainability in motorsport for all our competitors, officials and stakeholders.”

Motorsport Australia named been nominated for the SEAChanger Awards along with the Australian Grand Prix Corporation and Victoria Racing Club and Oaks Cypress Lakes Resort, Golf & Country Club and SPORTENG (on behalf of Waverley Netball Centre) who head up the non-member category.

The awards will be presented during the Sports Environment Alliance at the MCG on 17th June (pending Victorian gathering restrictions).