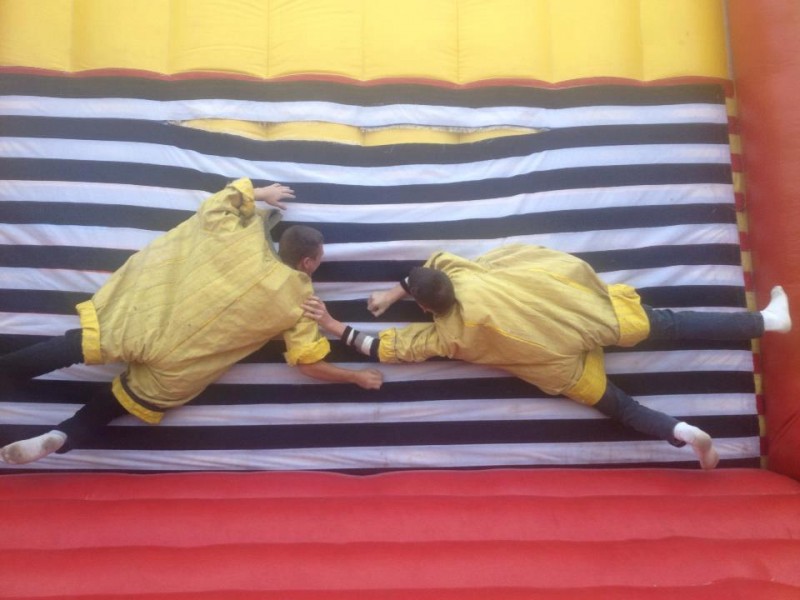 One of Melbourne's biggest party-hire operators has faced allegations of arson, insurance fraud and launching cyber attacks on competitors during a committal hearing in the Melbourne Magistrates Court this week.

According to a former employee, Balcombe was desperate to dominate the jumping castle market, which had been flooded by 'copycat' businesses who Balcombe felt had 'stolen' his ideas while offering cheaper rates.

According to a report in The Age, two of the arsonists pleaded guilty last year and were given discounted prison sentences after agreeing to testify against Balcombe.

Giving evidence from prison via videolink, they claimed to have been offered $2000 by Balcombe for each blaze, when they met at cafes in Eltham and St Helena in Melbourne's north-east.

Magistrate Sarah Dawes was told that Balcombe provided them with the addresses of the targeted businesses and wanted "maximum damage".

One of the men told the court that he only agreed to be part of the arson plot after he was unable to pay veterinary fees for his injured dog. The other arsonist spent the proceeds of his crimes on methamphetamine binges and alcohol.

A third man, Travis Ransom, of Greensborough, pleaded guilty to four charges in the Magistrates Court last week over his role as a driver in some of the arson attacks.

The string of fires caused more than $2 million worth of damage to businesses in Hallam, Tullamarine, Keysborough, Werribee and Warragul. 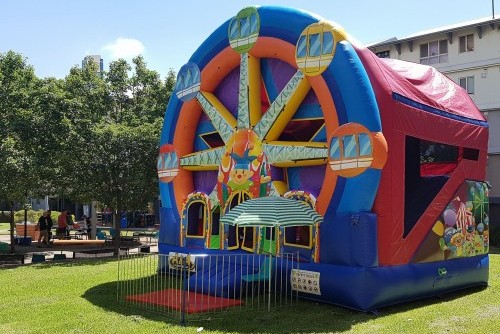 Another blaze at a Hoppers Crossing factory almost wiped out one of Balcombe's biggest competitors, A & A Jumping Castles, including dozens of jumping castles, a stretch limo and a mechanical bull.

According to the man responsible for the blaze, who cannot be named for legal reasons, it was the fire that most pleased Balcombe.

He told the court "he told me it was on the news, he was ecstatic, over the moon. He said he wanted them all done like that."

The Court was told that Balcombe became aware that Victoria Police had linked the attacks on party hire businesses after speaking with a friend involved in a relationship with a police officer.

He allegedly hatched a plan to burn his own premises to distract police attention and fraudulently collect an $800,000 insurance payout.

The convicted arsonist told the court that Balcombe showed him around an industrial shed on his Kangaroo Ground property, where stock from Awesome Party Hire was stored.

The man advised "he wanted me to level it. He took me to the location, he showed me which door to go through and which gerry cans were full."

The arsonist, who was sentenced to a 13-year prison sentence, claimed Balcombe was unable to pay when they met at a Safeway store in St Helena on 8th March because his bank account had been frozen.

Detective Senior Sergeant Thomas McGowan told the court that Balcombe had trolled the website of a rival party hire business making several threats against the business and demeaning comments about the owner's wife.

Senior Sergeant McGowan said he was also aware of evidence that the website of another party hire business had been the subject of a cyber attack.

He said the hacker had been traced to an IP address in Qatar, but could not be linked to Balcombe.

A former employee of Balcombe claimed a consultant had been paid $1,000 to remove competitors' websites or change their rankings on the search engine, Google.

Balcombe maintained his innocence during last week's committal hearing and will stand trial in the County Court later this year on 10 arson-related charges.

Victoria Police are continuing to investigate if several inflatable castles that Balcombe claimed had been destroyed in the blaze at his Kangaroo property were transferred to another business before the fire.

Images: Sumo suits from Awesome Party Hire (top) and rival operator A & A Jumping Castles was allegedly targeted by James Balcombe (below). Images used for illustrative purposes only.