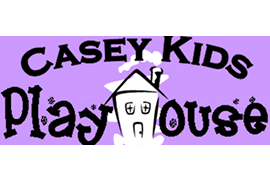 An indoor play centre in south eastern Melbourne has been the subject of media allegations that it has been hosting weekend adult sex parties.

Media organisations across Melbourne yesterday reported that the Casey Kids Play House in Cranbourne had been hired out for adult parties.

Revealed by an anonymous source on radio 3AW's 'Breakfast Rumour File', media reported a Facebook post wherein a member of the public wrote "they have been holding swingers parties on weekends and there are photos floating around with the childrens equitment (sic) being used."

7News reported that a notice had been placed online, advertising for couples to attend "the chance to live out (their) fantasies".

The notice continued "the party venue (not a home) has many features like a laser light show, fog machine, great sound system, games, a giant ball pit and a jumping castle, and an awesome time will be had by all."

A 3AW staff member also confirmed that they had seen "graphic photos of other activities taking place in the area where children normally play."

A City of Casey Council spokesperson told media that an investigation into whether the play centre has breached its permit by hosting adult sex parties.

City of Casey Manager of Planning Duncan Turner told News Ltd "Council is currently investigating reports that the Casey Kids Play House is allegedly being used for a purpose outside its planning permit,

"While Council continues its investigations, a Planning Contravention Notice has been issued to the operators.

"This requires the immediate cessation of the use of the land for purposes outside its planning permit."

News Ltd also published a photograph of a group of mothers gathered outside the Centre, apparently seeking to confront the operators of the Centre.

Fairfax media reported that a video showing the centre was posted on YouTube on 18th June. Captioned 'after hours party setting', the video apparently shows a children's play area decorated with strands of lights draped over the play equipment, with lasers and neon lights on tables, while loud dance music plays over the stereo system.

The video was uploaded by a user who shared the same name as the owner of the play centre.

A post on the Centre's Facebook page says the centre can be used for private events with staff not present.

Various media organisations had been unable to contact the owners.