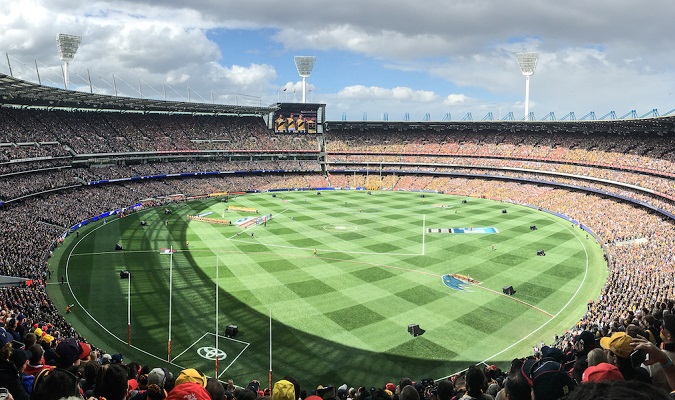 Telecommunications companies Telstra and Ericsson have teamed up to deliver 5G coverage at the MCG in time for Saturday’s AFL Grand Final.

Having previously partnered with the Melbourne Cricket Club to deliver 3G and 4G services at the MCG, the two companies are now installing their latest technology at Australia’s largest venue.

On Saturday, fans of Richmond and Greater Western Sydney Giants with Telstra 5G handsets will benefit from the enhanced network experience, which will enable faster browsing and downloads enabled through greater capacity.

Following Saturday’s game, Telstra and Ericsson engineers will continue to test and refine the stadium’s 4G and 5G coverage for future deployment solutions at the ground.

Advising of the deployment, Nikos Katinakis, Telstra’s Group Executive of Networks and IT, stated “the speed and capacity of 5G is great on days like the AFL Grand Final.

“On match day last year, we saw a massive 3.8 terabytes of data sent over Telstra’s mobile network at the MCG - equivalent to 1,200 hours of HD video content. There are also benefits for customers using 4G, as the underlying network is also enhanced by the installation of the latest technologies.”

Melbourne Cricket Club Chief Executive Stuart Fox added “we are pleased to be the first stadium in Australia to provide patrons with access to the 5G network thanks to Telstra and Ericsson. Fans expect to step into greatness when visiting the ‘G and this is another way we are enhancing Grand Final Day experiences.

“Ahead of hosting matches and the Finals of the ICC T20 Women’s and Men’s World Cups next year, the 5G at the ‘G technology puts us into an elite category to cater to international broadcasters, media and fans.”

Telstra has been a partner of the MCC since 2015.