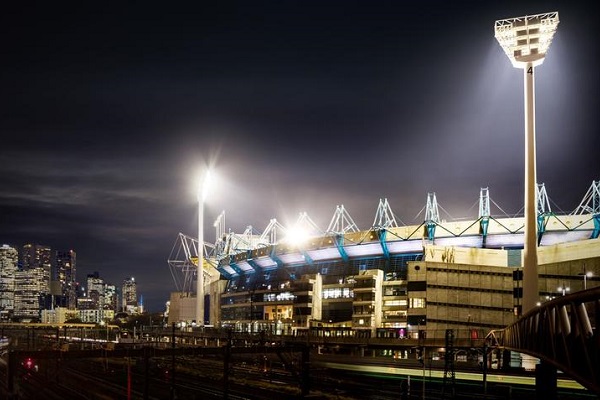 The link will see the installation of 12 solar-powered light poles fitted with CCTV cameras, which will operate 24-hours-a-day, in Yarra Park, between MCG gates two and three.

Advising that the new 5.5-metre-high lights supplied by Saferoads will enhance the safety of Yarra Park for people after dark, Melbourne Cricket Club (MCC) Chief Executive, Stuart Fox advised “improving safety in Yarra Park is very important to us and we're pleased to work with EnergyAustralia on this energy-themed initiative to help deliver a safer environment for local residents, MCG fans and other park users.

"The lighting produced is 100% sustainable. LED street lights are becoming increasingly popular because not only do they have a long life but they reduce carbon emissions.

"This initiative also builds on our long-term commitment to be recognised as a leading contributor to the community in environmental sustainability.”

Tanna added "Yarra Park is a great public asset and we hope that this lighting project will make it that much more accessible for all Australians, no matter the season or the time of day.”

Tanna said the project also showed how customers of all shapes and sizes, from average households to large sporting stadiums, could use technology to save money.

She continued “energy-efficient LED lighting, smart home solar systems and demand response programs can help families and businesses take control of their energy consumption. Whether it's the MCG or the family home, when people use less energy they save money and help the environment by generating fewer carbon emissions."

EnergyAustralia estimates the new solar-powered lighting in Yarra Park will save 1.3 tonnes of carbon per annum, equal to that generated by powering an average Victorian home for four months.

The Yarra Park lighting project follows EnergyAustralia helping the MCG to offset all the emissions from venue operations during September, the ground's busiest period of the year.