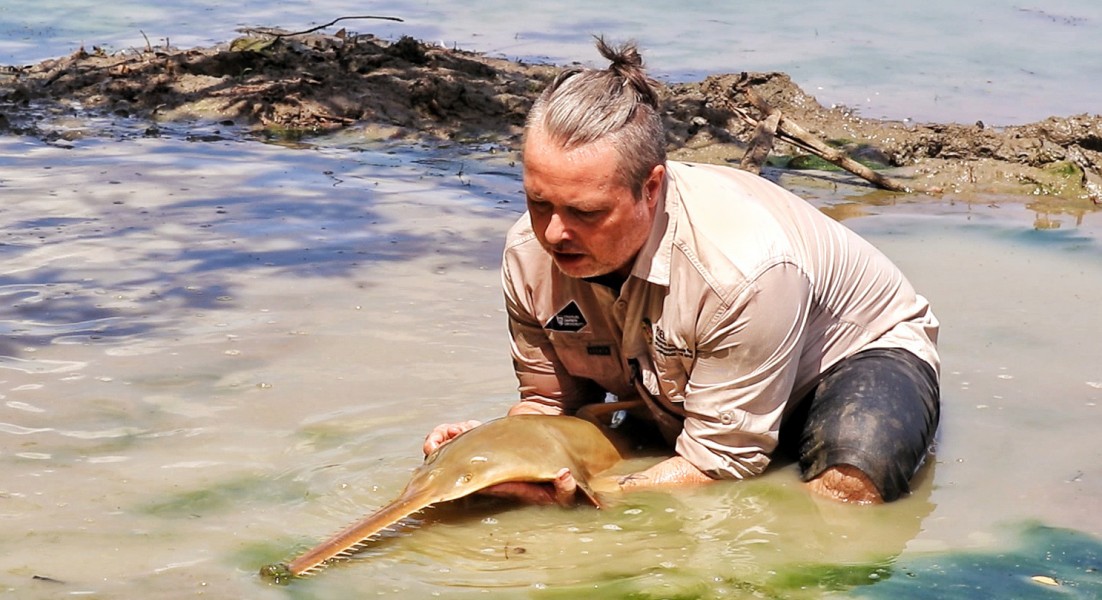 The Australian Marine Conservation Society has partnered with the Northern Land Council’s Malak Malak Rangers, and Charles Darwin University (CDU) to support a long-running and unique program to locate and rescue Critically Endangered juvenile largetooth sawfish in the Northern Territory.

The Malak Malak Rangers have been undertaking annual patrols of their floodplain country around the Daly River for the last 10 years in the late dry season as floodwaters recede and waterholes dry up. The sawfish they find trapped in the drying billabongs are carefully moved into the main river channel so they do not run out of water and die in the evaporating pools.

Young largetooth sawfish (‘pups’) are born at river mouths and spend the first four-five years of life in freshwater rivers and floodplain billabongs before migrating back to the ocean. They’ve been found inland more than 500 km from the coast.

This vital work has so far seen the Malak Malak Rangers rescue 75 largetooth sawfish - a significant number for a species assessed as Critically Endangered in Australia.

The new partnership will support the rescues and the work of CDU scientist Dr Peter Kyne to monitor the health and survival rates of the rescued sawfish.

Aaron Green, Senior Malak Malak Ranger notes “It is incredibly rewarding knowing that we’re actually helping the sawfish survive, especially because of the fish being an endangered species. To help out as many as we can each year from dying in a stranded billabong is really good.

“I don't think many people know that they are actually an endangered species. Some people still think that they’re out there in the wild in big numbers.” 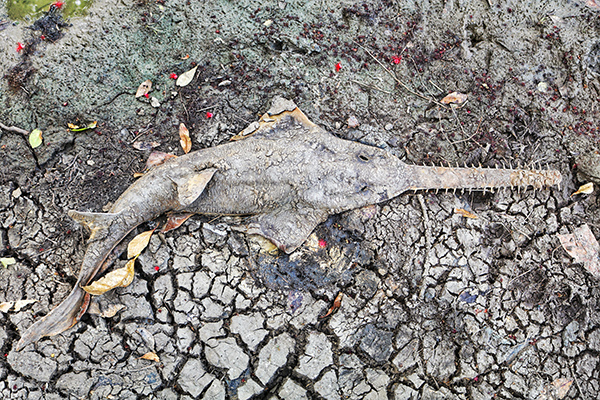 Dr Guida explained “Northern Australia is one of the last strongholds left on the planet for sawfish so we are proud and delighted to be partnering with the Rangers and CDU on these important missions.

“The Top End is a global ‘lifeboat’ for four of the world’s five sawfish - dwarf, green, largetooth and narrow - but even here they still face threats from fishing practices like gillnetting, water extraction from rivers to support industry, and the impacts of global heating.”

Dr Guida added “at it stands, our national environmental laws are failing to both adequately protect sawfish, and assist their recovery. In over two decades, we’ve witnessed the on-going declines of sawfish species. Our nature laws need to be reformed, modernised and strengthened to protect and rebuild Australia’s endangered species and correct our appalling extinction record.”

Dr Kyne shared “The rescue missions are the helping hand that sawfish need in the Daly River. This unique sawfish annual patrol and rescue mission is undertaken nowhere else on earth.”