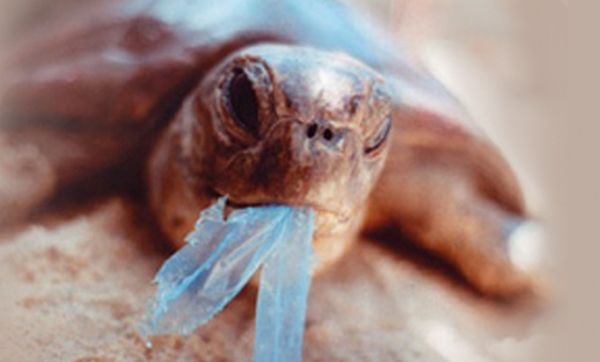 Australia’s peak marine conservation body, Australian Marine Conservation Society (AMCS) has welcomed the passing of new Federal laws that will end the practice of shipping Australia’s waste overseas but highlights that the laws would not solve the plastic pollution problem in Australia.

The Recycling and Waste Reduction Act 2020 will give effect to a ban on exports of waste plastic, paper, glass and tyres agreed by Commonwealth, State and Territory governments in March.

AMCS praised the Federal Government for putting an end to the practice of shifting our plastic burden to other countries, but said the laws would not solve the plastic pollution problem in Australia.

AMCS plastics spokesperson Shane Cucow advised “the laws themselves will not reduce the plastic flowing into our oceans and harming marine wildlife like turtles, seabirds and seals.

“We need a nationwide framework for eliminating the most lethal plastics for ocean wildlife, like plastic bags, straws and cutlery.

“Every day we wait, more ocean animals are killed by the plastic in our oceans.”

Cucow said it was disappointing that amendments moved by Greens Senator Peter Whish-Wilson to ban single-use plastics and make plastic packaging targets mandatory had been defeated in parliament.

However single-use plastics bans are yet to be introduced into parliaments in Victoria, New South Wales, Tasmania and the Northern Territory.